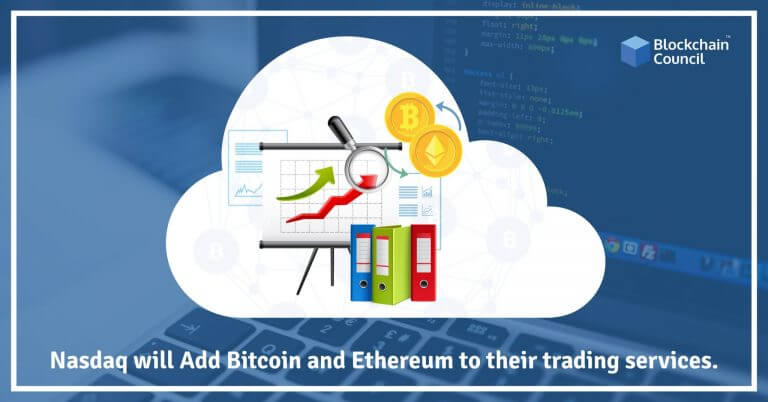 Ten years of roller coaster ride, Bitcoin and other cryptocurrencies faced it all. Despite all the hurdles cryptocurrencies are gaining popularity and recognition across the globe. Bitcoin first came into the picture in 2009, and since then it has undergone a great change, the cryptocurrency has witnessed the phase of downfall and also the phase of extreme growth. Under both these conditions, Bitcoin and Ethereum have sustained its position. The trust that this currency offers makes it so popular. Recently Nasdaq announced the addition of Bitcoin and Ethereum to its trading services.

The news is a breakthrough in the world of cryptocurrencies. With Bitcoins and Ethereum presence on Nasdaq, we can expect it to gain a higher reputation and also will diminish the apprehensions surrounding its sustainability and future prospects.

Why Bitcoin and other digital currencies took so much time to grow?

It’s a known fact that any new technology paves the way of, but at the same time, it also garners a lot of critics. The same happened with Bitcoin. Being a pioneer the currency it had to face the brunt of the people opposing it. One of the major reasons why cryptocurrency could not gain the faith of the investors is the lack of regulatory authority. Blockchain forms the underlying platform for cryptocurrency exchange, and it aids peer-to-peer interaction. It means that there is no governing authority on the exchange. It was a major contributing factor that hindered the growth of Bitcoin.

Another reason that was a roadblock in the growth of cryptocurrencies is anonymity. We all know that cryptocurrency works on the principal of pseudo-anonymity. Because of this, it becomes nearly impossible to find the person responsible for it. Both these features made cryptocurrency gain popularity for illicit activities.

Years passed, and the digital currency continued to grow and gained recognition as well. With Nasdaq’s recent innocent, Bitcoin and Ethereum will gain wider acceptance and also the trust of the investors.

We all know that Nasdaq is the second-largest stock market in the world. It recently announced that Bitcoin and Ethereum, two of the most popular cryptocurrency would have its place on the trading index. Their indices will offer real-time price information. The information update will take place every 30 seconds.

The two indices are as follows:

Nasdaq has been very active in promoting Bitcoin and Blockchain. The addition of BLX and ELX is one of the many moves that the stock exchange has taken for cryptocurrency and Blockchain promotion. It is also making a move to launch its own Bitcoin products. This move will make it.

A quick overview of the new indices added on Nasdaq

In November it had partnered with VanEck an investment management firm to bring regulated crypto2.0 future-type contract in 2019. However, we have no other details out on this front.

What does this hold for the investors?

We all know that there is a need for cryptocurrencies supporting technologies —something which can drive the investors to invest in Bitcoin, Ethereum and other cryptocurrencies. One of the biggest hindering factors in the growth of cryptocurrencies was the lack of trust of investors in the currency and its future. But with the latest developments in this domain, like Nasdaq enlisting BLX and ELX indices showcases how companies are embracing this new financial reform and aiming to create a staggering difference in the market.

Will cryptocurrency survive in the future?

Cryptocurrency and Blockchain, both technological development has been immensely transformation. They disrupted every industry and at the same time laid the foundation stone for new development. Bitcoin and Ethereum both these currencies have grown immensely over a period of time, and when compared with other currencies, they are more popular and trustworthy. Nasdaq’s decision to launch their indices will aid the process of growth and acceptance of cryptocurrencies like Bitcoin and others.

Role Of Blockchain In The Gambling Industry
Scroll to top