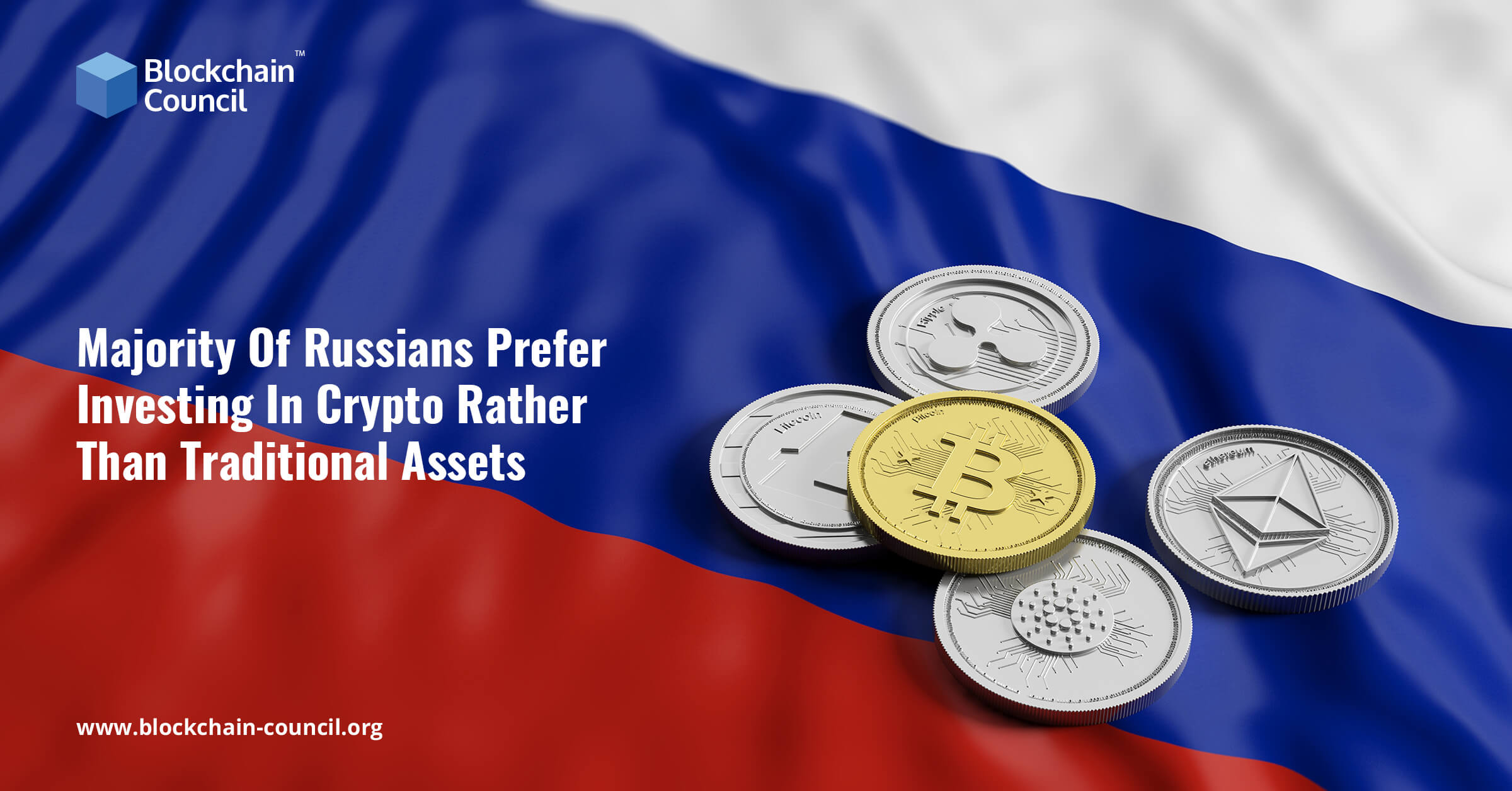 For a large number of people across the globe, cryptocurrencies are turning out to be a better area of investment when compared to traditional ideas of investing. Recently a study has been conducted by the AFD or the Association of Forex Dealers, and according to the poll that they have conducted, it shows clearly that the majority of Russians are now more interested in investing in crypto assets as they prefer crypto over traditional assets for investment purposes. The results of the survey also point out that the usual options like that of gold or fiat currencies do not share the same space as they previously did with the wider section of the investor population as both of them seem to have fallen out of favor. Even potential investors, who are basically individuals who have never invested prior, stated that they are willing to buy and invest in cryptocurrencies.

The survey was conducted in the month of August, between the 4th and the 24th of August, and a total number of 502 respondents upon whom the survey was actually conducted. The group consisted of 90 percent of males who were between the age group of 25-44 years. As the survey was being conducted, it was found out that most of these individuals had a supportive and optimistic perspective towards cryptocurrencies, and it seemed that they are, in general, quite favorable towards the entire crypto ecosystem.

Breaking the numbers down

Russia has a considerably large population of 144.4 million people where the primary export is crude petroleum. The citizens of Russia are nowadays placing their trust and picking up investments in crypto over the traditional assets that they have in their country. Out of these respondents, only a mere 14 percent of individuals were the ones who had invested in fiat currencies, choosing them over digital assets. A mere 9 percent even mentioned that they do not see much prospects for fiat currencies in the future, and hence, they would like to place their bet on gold as an asset for investment.

Out of all the respondents who took part in the survey, a massive 76.9 percent of the group stated that they would like to invest in cryptocurrencies instead of investing in traditional assets such as gold or fiat currencies. 24.7 percent of the people who had actually voted for investing in crypto mentioned that they may not be carrying out trades in cryptocurrencies every month but also pointed out clearly that no matter what happens, they never go three months without doing some crypto trading activities online. Out of this group of respondents, about 17 percent of them mentioned that they had conducted transactions by using digital currencies at least once a month.

Investing for the long term

The majority of the citizens of Russia are of the opinion that the entire crypto space is in need of regulations so as to make it a lot safer and more secure. While it is a fact that 40 percent of them strongly suggest that the intervention from the government is better left to a minimum, a population of 16 percent believes that the crypto assets can do away without the need for regulations.

Bitcoin Surpasses the $52K Mark And Experts Feel This Time It Could Sustain...
Scroll to top