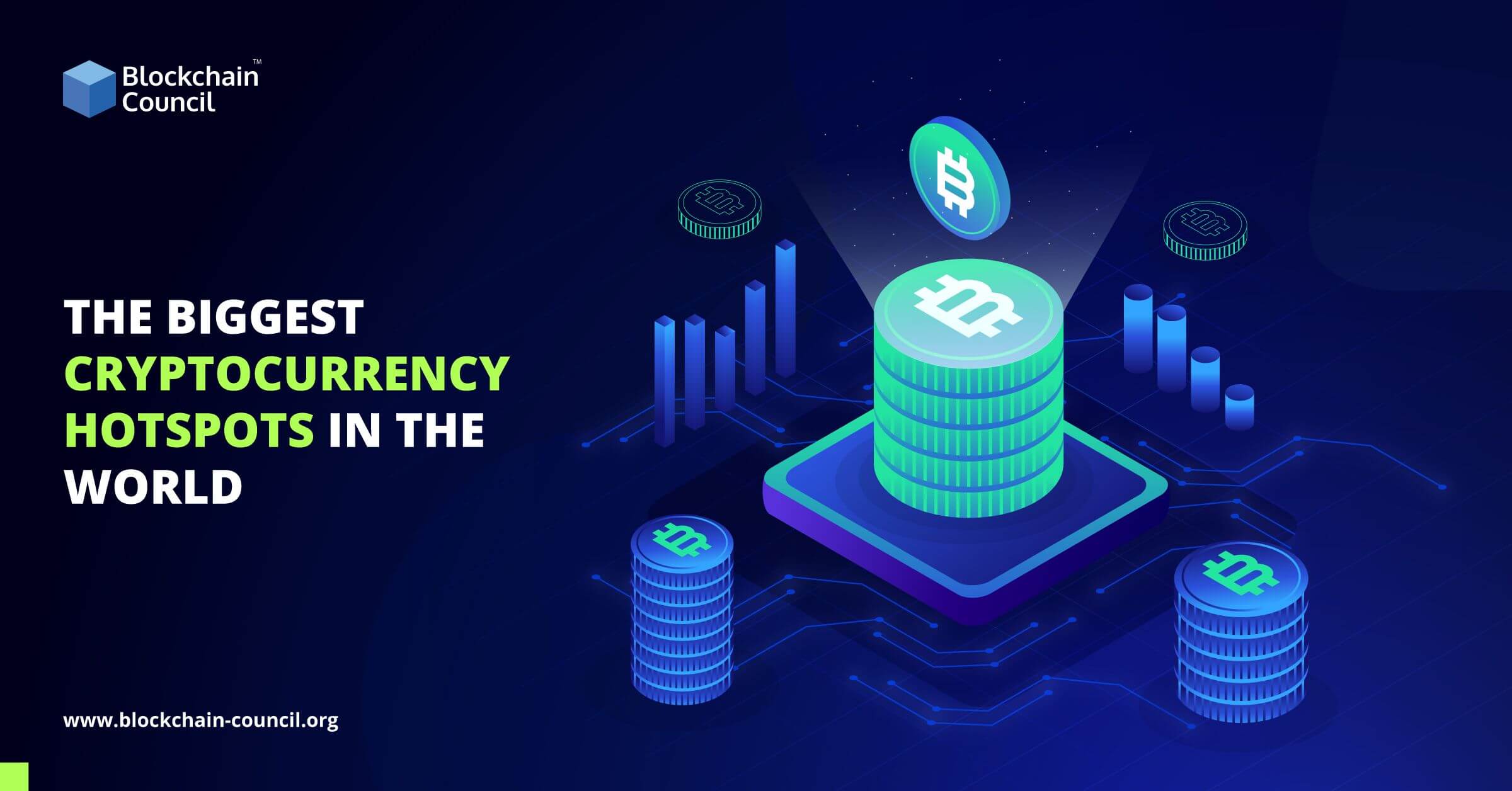 Are you a Crypto Enthusiastic? Are you one of those who believes in crypto space? Look no further, this article lists the top cryptocurrency cities and explains how coins have seeped into the economies of such places.

Why World is Getting Crazy About Cryptocurrencies

According to some researchers, the emergence of cryptocurrencies is viewed as the opportunity for radical innovation and entrepreneurship in financial solutions. As the advent of crypto has taken the world by storm, people are going crazy about it. This is because it acts as an easy medium of exchange wherein individual coin ownership records are stored in a digital ledger using cryptography algorithms to secure transactional records. Unlike traditional banks, digital currencies perform exchanges without involving any third-party.

At present, in a few parts of the world, there are still regulations under process, while there are various countries across the globe that are really accepting cryptocurrencies and embracing crypto more than others.

Want to become a Certified Crypto Expert? Wait no more!

Now, let’s explore the top cryptocurrencies hotspots in the world.

Singapore is one of the top cities that offers a transparent approach in crypto space. As China has banned Initial Coin Offerings(ICOs), several businesses relocated their services to Singapore. For example, imToken, which provides secure and trusted digital asset management services, has also moved its crypto operations to Singapore.

Apart from all other attractions that it holds, Amsterdam is also home to a thriving crypto startup scene. The city is also home to the Bitcoin Embassy, where the crypto community puts in its efforts to promote Bitcoin. Amsterdam has also opened its Bitcoin Boulevard, a street where most of the merchants and retailers accept Bitcoin as payment for their goods and services. Moreover, the number of crypto companies and ICOs are setting up their crypto management services in Amsterdam, Netherlands.

With just a population of around 26,000, Douglas is home to 25 bitcoin-related startups. It is an island that operates its very own bitcoin-friendly bar, named as ‘The Thirsty Pigeon’, and a noodle bar – which also accepts bitcoin as payments. Apart from all of this, Douglas’s regulatory framework allows crypto gambling and token sales to flourish.

A few years ago, the country entered a deep recession where inflation was reached around 25%. During this time, the government started supporting cryptocurrency as a payment method, and today, there are more various startups and more than 120 businesses that operate using Bitcoin as a payment mode. Moreover, this city was the first one to host the first-ever Bitcoin conference in Latin America, and at present, it has several Bitcoin’s ATMs.

Zug, which is a small town where several blockchain firms are headquartered, and due to its crypto adoption, Zug is recognized as a “Crypto Valley” nickname. A few years ago, Zug was the first city to accept Bitcoin for paying taxes. Moreover, the city’s municipality has also started accepting cryptocurrencies as a payment method for government services.

The government’s positive stance towards crypto adoption makes Canada one of the most accepting cryptocurrencies countries in the world. Recently, Toronto was highlighted in the crypto space news, stating that, “Canadian investment manager 3iQ said The Bitcoin Fund, for which it originally filed a prospectus back in October, began trading on the Toronto Stock Exchange(TSX).” Apart from that, Toronto is known as the most friendly crypto city, and there are more than 200 crypto ATMs scattered throughout the city.

When it comes to crypto adoption, California tops the list. It is a hub for many companies, organizations, and startups with more than 60 ATMs accepting crypto-conversions, and around 100 retailers facilitating crypto payments. For example, Coinbase is a digital currency exchange platform that makes it easy to buy, sell, and store various cryptocurrencies, headquartered in San Francisco.

As more and more countries adopt digital currencies for day-to-day activities, that day is not far when people will rely more on cryptocurrencies than traditional money. With more number of crypto ATMs emerging, it is clear that cryptocurrencies will be massively adopted. The countries that are still thinking of switching to the crypto domain may make a considerable move soon.