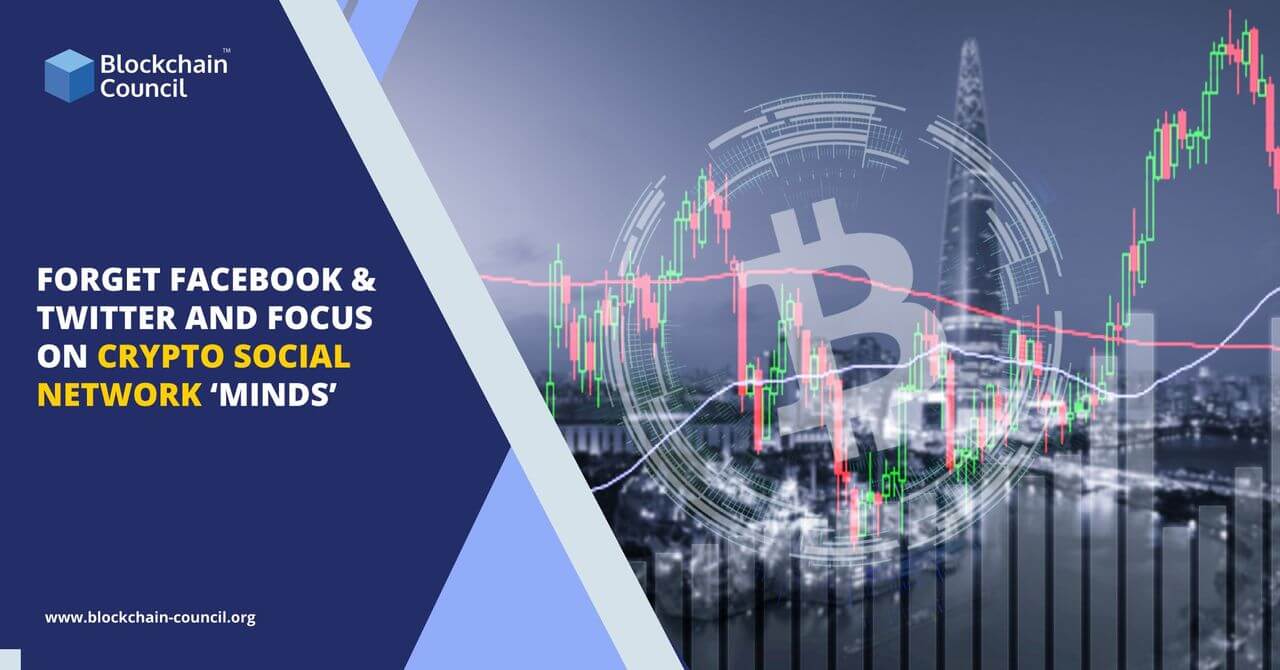 Fed up of privacy concerns prevailing in social media networks? Let us introduce you all with the crypto-based social network, ‘Minds,’ which is one of the hot topics nowadays.

Minds is a free, distributed, and open-source crypto-based social networking platform that utilizes blockchain technology where users can earn crypto tokens for their contributions to the network. It enables people to promote their content or to raise crowdfund other users via monthly subscriptions to their elite services. In most simple words, Minds can be described as a free crypto social network” that pays you for your time.

Nowadays, this crypto platform is in the limelight, and researchers are talking about its potential and benefits that it holds for consumers and how it can change the social media world.

As Minds is a blockchain-based platform, it utilizes all the features of distributed ledger technologies. It is an open-source platform that allows users to be a part of the network and offers a choice of rewarding. Privacy, which is the foremost feature of minds, offers a crypto-based secured platform to its users. Moreover, it claims to host an encrypted chat service on its website. Apart from that,

Why is Minds Gaining Popularity?

When it comes to its popularity, it is crucial to note that people have started switching their social media accounts to crypto-based network, ‘Minds,’ due to privacy issues.

Recently, Twitter accounts of the most influential people in the world have been hacked to a crypto-related scam. Prominent and high-profile accounts were targeted in the Twitter attack, including Bill Gates, Elon Musk, Joe Biden, George Wallace, among others. This incident has created havoc in the crypto world, and people have totally lost their trust on these social media platforms.

According to the company’s CEO, Bill Ottman, Minds has been garnering users concerned about their privacy. He also mentioned that the privacy-oriented social media platform “Minds,” has been seeing considerable growth in the number of users.

It was reported that last year more than 150,000 Vietnamese users joined Minds due to privacy concerns of social media platforms. The news added that “the growth is typically a direct result of scandals with mainstream media platforms.”

Due to scandals related to Twitter and Facebook, Ottman believes that people are looking forward to better alternatives, and the trend is towards open-source; thus, Minds can be a one-stop solution for all active social media lovers.

He further elaborated that, “We’ve seen this happen in other areas already. We believe like Linux, Wikipedia, Bitcoin, this is going to happen in social media as well.

Ottman Talks About Its Added-on Features

As Minds is an open-source, distributed platform, “it is a platform for anyone, said Ottman. Unlike other social media platforms, this crypto-based platform rewards users for their engagements and actions in the platform’s native ERC20 token. Considering the Twitter hack that took place last month, where high-profile accounts were hacked, Ottman explained that, to alleviate this problem, “We have started a program to create webs of trust through decentralized identity, based on users and content.”

From the above discussion, it is clear that Minds is making its prestige position in the marketplace, and it’s for sure that it is going to stay for a long time. However, it faced a few controversies back in 2018 when many opposing groups began using Minds to spread their messages. But it somehow managed and coped up with the situation. Today, it is one of the top buzzwords in the crypto space that offers peace of mind by minimizing privacy concerns and allowing users to get paid for their engagements in the network.

So what’s your take on this social media platform? Are you going to switch to Minds? Share your views in the comment section below.

How Cryptocurrencies Enabling Financial Inclusion in the Developing Countri...
Scroll to top