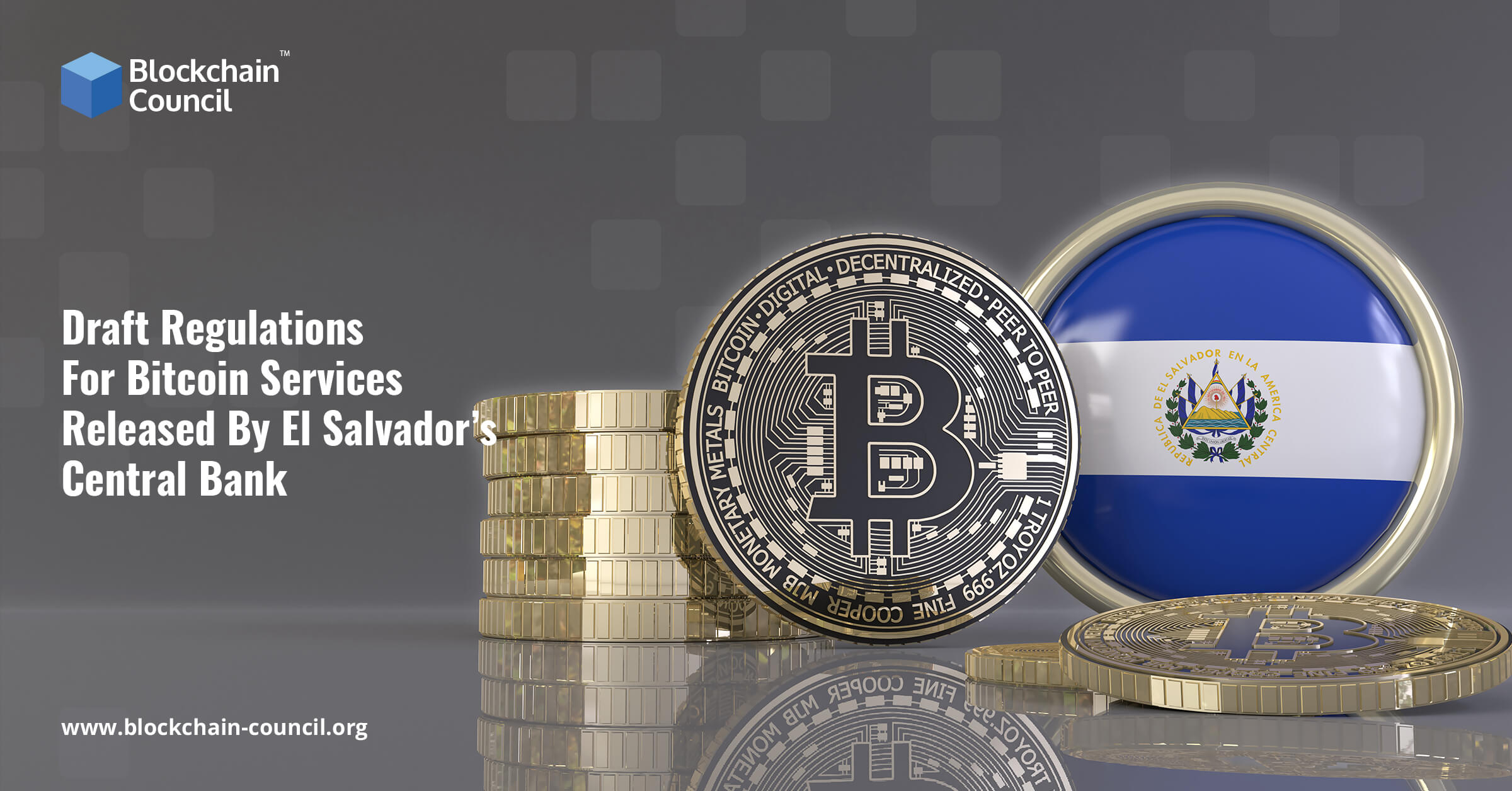 The Banco Central de Reserva or better known as the BCR is the central bank of the small Latin American country named El Salvador. Recently the bank has published draft regulations for financial institutions and banks that are aiming to offer services related to Bitcoins.

According to the content of the documents, the aforementioned regulations are actually meant for cooperative banks, banks in general, credit societies as well as savings societies. The regulation is meant for those institutions and banks who are intending to offer services that are related to digital wallets and assets that deal with dollars and bitcoins. The regulations that are mentioned in the draft clearly states that any such entity or institution that is willing to engage in the aforementioned domain of services related to bitcoin will have to seek for approval from the central bank in order to carry out their business of providing such related services.

The Banco Central de Reserva has carefully outlined in detail the list of documents that the applicants will need to submit to the central bank in order to secure authorization from the bank. Some of the documents as mentioned in the list of regulations that need to be submitted include the entire operating model of the business to be shown and submitted to the bank along with documents that emphasize on the cost of carrying out transactions through the use of digital wallets and assets, from the perspective of the customers.

Also it is mandatory for the applicants to submit records that are related to risk management, so as to ensure that the business providers are in no way linked to anything that might bear any chances of risk in relation to money laundering, terrorism financing or even cyber security threats. In addition to that, the concerned entities or the applicants will have to present in careful detail as to how they are willing to educate their customers in regards to the type of services and products they are planning to offer. At the same time the applicants will also need to provide information on how they are planning to offer resolution on customer complaints and queries.

Apart from all the regulations mentioned above, the central bank has made a few more regions that are mandatory and the institutions and entities will have to abide by them. For instance, it has been made mandatory that the institutions who are applying for approval will primarily have to make sure that they have applied and implemented anti-money laundering laws, also known as AML laws that go by the international standards and regulations.

The institutions are also expected to apply extremely thorough procedures for KYC or Know Your Customer policies and also they have been instructed to design tools that can adequately monitor the varieties of transactions carried out on their platforms. Moreover, all the applicants have been instructed to make sure that they provide services for bitcoin to dollar convertibility and vice versa, primarily at the expense of a certain amount of fee.

Meanwhile, in order to maintain transparency, the financial institutions have been ordered to provide clear information to the customers regarding the risks and rewards of using bitcoin as a means of transaction. Also, the customers must be communicated regarding the fact that the transactions conducted using bitcoins are irreversible and that there is a chance that they could lose all their money if they lose possession of their private keys.

The above bitcoin laws have been proposed by Nayib Bukele, who is the President of EL Salvador. While the law is believed to take effect from the 7th of September, 2021, they have been under criticism.

Finishing thoughts: How to build your own Bitcoin and other Cryptocurrency based projects?

Learning Blockchain, Bitcoin and other Cryptocurrencies are easy now, all thanks to reputed online courses and training sessions. Blockchain Council is one such organization that offers online training and certification programs to aspiring trainees to render them desired competencies so that they have a successful career in the Blockchain space. Keeping the rising demands of blockchain professionals in mind, Blockchain Council certifications are diversified to meet each aspirant’s discrete needs. They have a host of training and courses on Blockchain and Bitcoin that provide world-class knowledge and support.

What is Uniswap (UNI), and how does it work?
Scroll to top