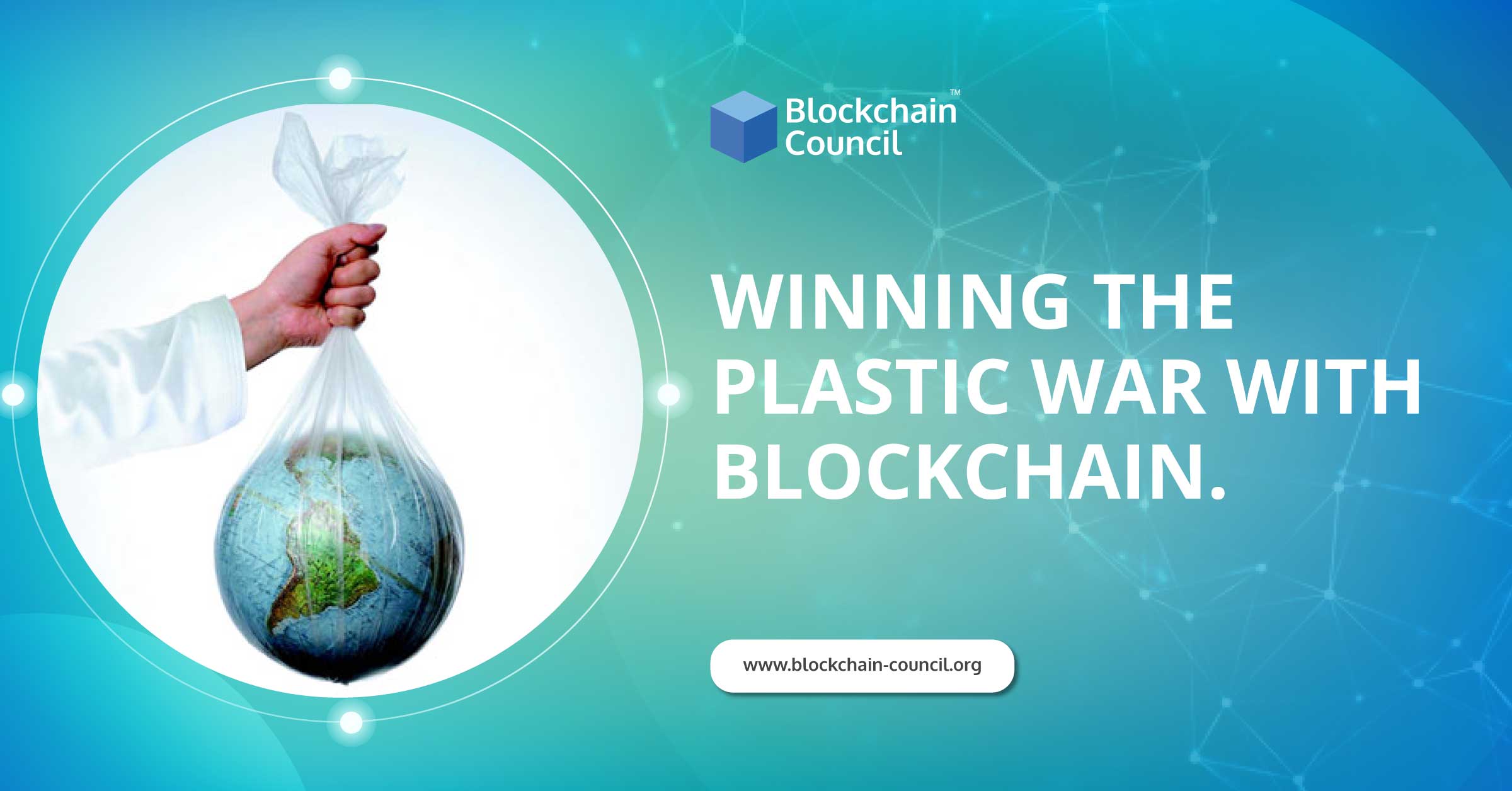 Do you know that the world’s oceans are awash in plastic? Every year, eight million metric tonnes of plastic debris lands up in the oceans. Apart from this, marine environments are already polluted, with 150 million metric tons of plastic. This debris is highly harmful as it infiltrates the entire marine food chain and in turn, humans too when we consume seafood. The lack of a devoted waste management system is the main reason for the accumulation of plastic waste. As per a recent study, 90 per cent of ocean debris comes from a total of ten rivers, of which eight are in Asia, and two are in Africa. The perfect solution to this problem is blockchain technology.

Reasons To Use Blockchain For Recycling

One such promising initiative which is promoting the recycling of plastic in developing nations is ‘Plastic Bank.’

So, What is Plastic Bank?

It is a company based in Vancouver and British Columbia which uses a blockchain system to allow locals to trade collected plastic for personal expenses such as cooking oil, tuition, healthcare, and other goods and services. Shaun Frankson and David Katz are the co-founders of Plastic Bank. They have derived a deceptively simple solution of ‘paying people to keep plastic on dry land.’ Plastic Bank’s main goal is to reduce plastic waste in developing countries such as Peru, Haiti, Colombia, and the Philippines. Plastic Bank is a for-profit business that operates with the aim of turning plastic obtained from environmentally dangerous garbage into something of value.

Role Of Blockchain in Waste Management

Plastic Bank has set up more than 40 recycling centres where, instead of exchanging plastic for cash, it is exchanged for cryptocurrency. Cryptocurrencies are largely theft-proof. The blockchain platform is developed in partnership with IBM. It records the transactions in an encrypted digital ledger. The digital tokens are placed into an account through a mobile phone app, which is then used to make purchases. According to the World Bank, plastic collectors in Haiti get an above-market price for the waste, which amounts to $5 per day- a decent wage in a country where average citizens live on $2 per day. Since the opening of its first centre in 2015 in Haiti, Plastic Bank has gained the equivalent of more than 100 million plastic bottles. The plastic gathered is then processed into pellets or flakes and exported to other countries, where it is then used to produce new products.

Plastic Bank works with regional businesses in developing countries to convert the plastic which litters oceans, parks, rivers, beaches, and streets into a new kind of currency. Plastic bank incentivizes collectors to gather trash regularly and bring it in for recycling, by setting an artificially high rate for redeemed bottles and other plastic waste. The technical solution for the Plastic Bank was developed by IBM business partner Cognition Foundry. Cognition Foundry was roped in for building a scalable technical back end solution. Plastic Bank soon plans to expand its solution beyond the current design, as IBM blockchain, the crucial part of the solution, has been working so well.

One of the major challenges of rewarding waste collection is the increased potential for fraud and theft. There is no fixed incentive for collectors to spend all day gathering bottles and for sponsor companies to pay extra for recycled plastic if those funds land up in the pockets of organized criminals.

Plastic Bank’s ideal solution for this issue is ‘blockchain.’ Collectors, instead of cash, receive a blockchain-based digital token on their smartphone. This digital token can be exchanged for actual goods with merchants who make use of Plastic Bank’s infrastructure. Users can use this token to shop for groceries, get medical insurance, pay for tuition fees, or even for buying other basic utilities. The Plastic Bank’s system is built on LinuxONE, which provides assurance to the companies funding the program that the money exactly reaches the place they expect it to reach. Thanks to blockchain technology, it is impossible for funds to be stolen, and manufacturing partners will be able to verify if their contributions are being used as intended. The system is built based on the Hyperledger Fabric framework of The Linux Foundation. Here, the records are immutable. This implies that it is impossible for any alterations or manipulations to happen without the consensus of the network.

According to David Katz, “We know that poverty is persisting and that those areas with the greatest poverty are the greatest contributors to the plastic problem. The beauty of this is that we are using one problem to solve the other.” Though this is a great effort by Plastic Bank, this is still not totally free from challenges. The biggest challenge is to find customers who are willing to buy the plastic collected by Plastic Bank. For encouraging potential buyers, Plastic Bank has coined the designation “social plastic.” This will make it possible for manufacturers who purchase the plastic, to highlight the cause on product labels, like companies that label cotton, coffee, and other agricultural products “fairtrade.”

The Plastic Bank aims to open centres in countries where there are abundant poverty and plastic waste. Plastic Bank is now expanding to Brazil, Indonesia, and the Philippines.

There are many countries where large swaths of land are carpeted with bags, bottles, and other plastic debris. Though there is immense potential in this initiative of Plastic Bank, David Katz and other experts are of the opinion that this would not be enough to save the world’s oceans from the continuing deluge of plastic waste.

Though banning plastic bags and straws would help to a certain extent, a greater public awareness of the consequences of plastic waste on the environment would help a great deal. A majority of this ends up in rivers and ultimately gets dumped in the ocean. When it comes to waste management, it is high time we look beyond traditional methods of waste disposal. Using a disruptive technology such as blockchain for recycling is a highly effective way to reduce waste.