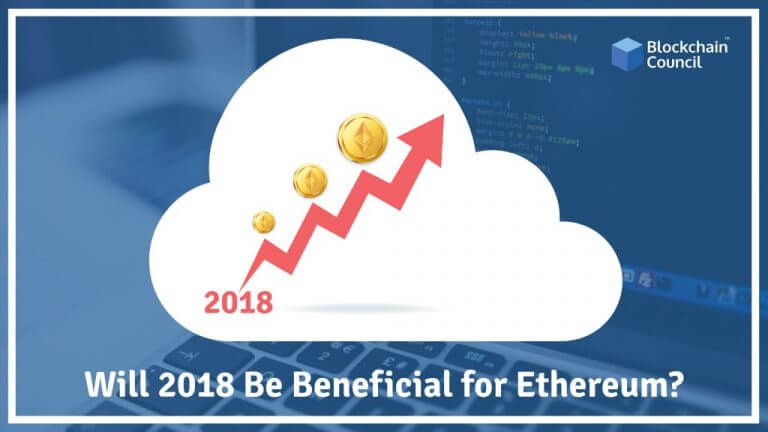 2017 has been an excellent year for Ethereum with dozens of ICOs using it for distributing their tokens along with significant partnerships. Since the Bitcoin network has been severely congested for the majority of 2017, most people have moved to Ethereum to conduct their business. Significant exchanges have also added Ether trading pairs alongside Bitcoin trading pairs. With this and other developments, it seems like 2018 could be an excellent year for Ethereum!

dApps on the Ethereum Platform

One of the biggest drivers of growth in the adoption of Ethereum in 2017 has been Decentralized Applications or dApps which run on Ethereum. Services like Etherdelta, which is a decentralized exchange running on Ethereum and CryptoKitties, a game on the Ethereum blockchain, have been the biggest gas spenders in 2017. 2018 is certainly going to see a lot more successful dApps as more and more projects are reaching the full release version. As more projects are deployed on Ethereum, the amount of gas also spent increases which means more usage of Ethereum which should boost the price even further. Some key projects to watch out for:

Golem – A decentralized supercomputer on the Ethereum blockchain that anyone can use for computing resources
Civic – Ethereum blockchain based identity verification solution
Economy – An index fund platform for cryptocurrencies that lets users build their own Digital Asset Arrays (DAAs)
Tenx – VISA based card that allows users spend their Ethereum at any vendor that accepts VISA
OmiseGO – Universal, asset agnostic payment gateway that has seen some massive partnerships in 2017 already
Scalability

Ethereum is going to continue to the leader for scalability as there are several improvements planned, which include Casper (Proof of Stake), Sharding, Raiden, and Plasma. Ethereum could see some of these upgrades as soon as Q2 2018 which will increase the maximum load of the network by many orders of magnitude. Once Sharding and Plasma are implemented within Ethereum, they will allow for infinite scaling, and at that point, Ethereum will finally be able to meet its demand of global adoption. Meanwhile, adjustable block size limit will keep Ethereum going until more sophisticated scaling solutions are developed

Ethereum is currently the most actively developed blockchain based project according to GitHub. As much as 80% off all code updates pushed to GitHub over the last six months have been for Ethereum which is a testament to the fact that developers have genuinely embraced Ethereum. An active network of developers is crucial for any blockchain based programming project to succeed because there is so much competition in the blockchain space right now. Having the best developers working on Ethereum means that Ethereum would be the first platform to incorporate groundbreaking technical innovations. This can be seen with features like zero-knowledge proofs (zk-SNARKS) which were added to Ethereum recently from Zcash.

Metcalfe’s Law of Network Effects states that the value of a network grows as a square of the number of users it has. This law has helped predict the price of Bitcoin and Ethereum exceptionally well so far as both the cryptocurrencies have seen exponential growth as their user base has increased in 2017.  As Bitcoin is getting progressively harder to use with its gigantic fees and hour long wait times, more and more users are turning to Ethereum to use cryptocurrencies. This trend should continue well into 2018 as Bitcoin has no medium-term action plans to improve scalability as core members are in denial and remain adamant about no block size increases. This is an excellent news for Ethereum as it means more network usage for Ethereum and therefore an increase in price to match it.

Blockchain Predictions for 2018
Scroll to top