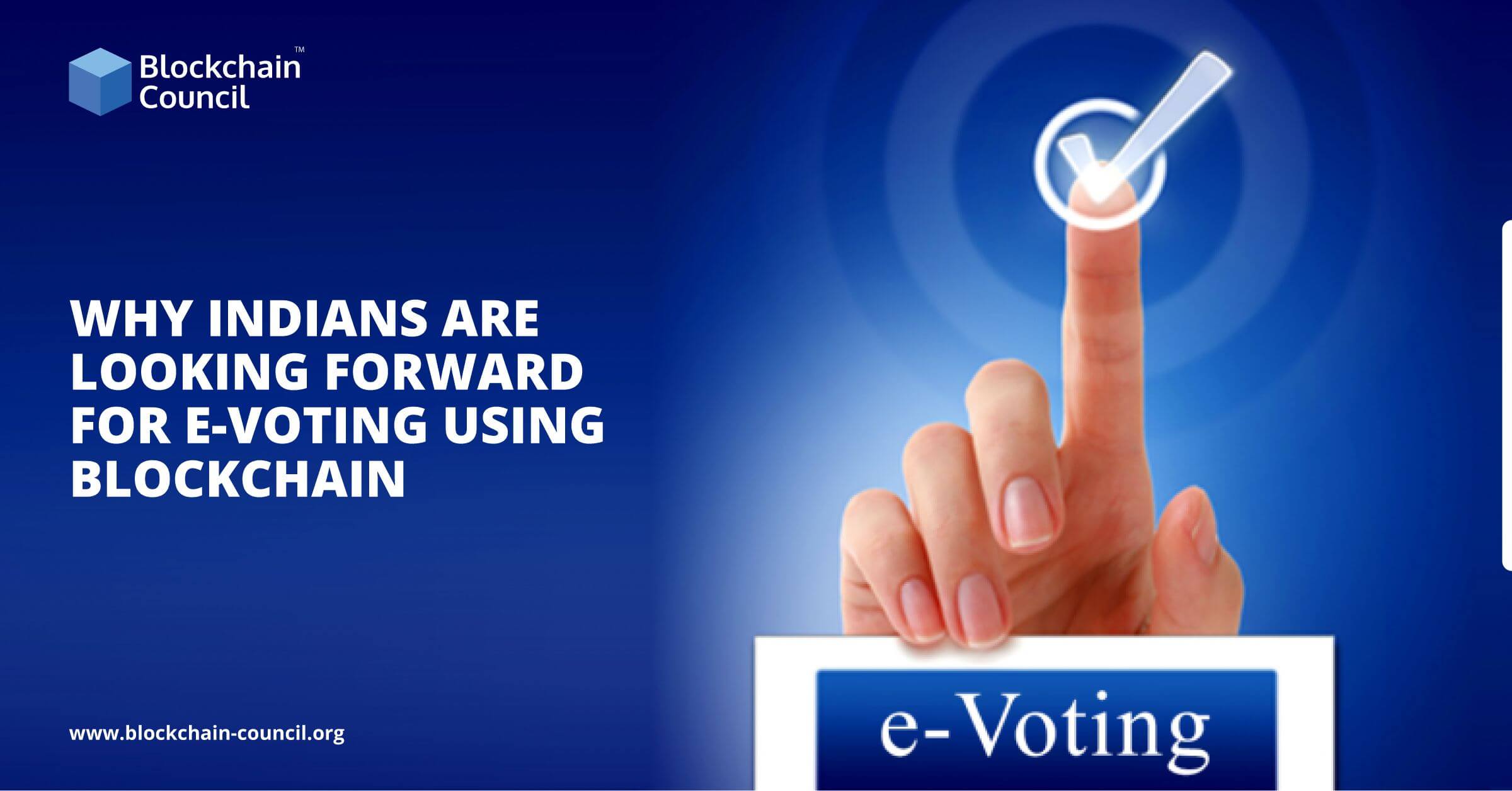 Curious to learn how blockchain can revamp existing voting mechanisms? This article talks about the perks of using blockchain in e-voting and major adoption steps Indians are taking in adopting blockchain technologies.

Why is Everyone Considering Blockchain As a One-Stop Solution?
Issues with Current Voting Practices
Indians to Transform their Voting Mechanism
Perks of Using Blockchain in Voting
Concluding Lines

Why is Everyone Considering Blockchain As a One-Stop Solution?

Although cryptocurrencies fluctuate, blockchain is still a buzzword. Tech giants and top enterprises are considering adopting blockchain for their efficient operations.

Blockchain, which is a peer-to-peer, decentralized, distributed ledger technology, has the potential to offer transparency and complete privacy without involving third-party intermediaries. The open-source ledger behind cryptocurrencies is praised as revolutionary for almost all industries, be it finance, healthcare, supply chain, identity management, eCommerce, or anything.

When it comes to voting, this domain is no more an exception. Blockchain-enabled voting makes the entire mechanism secured and immutable while offering greater election transparency.

If you want to gain an in-depth understanding of blockchain technology and its use cases, check out- Blockchain Council.

Fraud in voting is causing uncontrollable damage worldwide. The voting process is marred with malpractices, which hinders transparency. Lack of security in digital voting is one of the most significant issues that still prevails. Despite advanced machines coming up, electronic voting machines are increasingly prone to attacks. Thus electronic machines are viewed as flawed. Voting machines are prone to software bugs as well, which accounts for major errors like unfair and inadequate voting results. Anyone with physical access to such machines can wreck the machine, thereby affecting all votes cast.

Indians to Transform their Voting Mechanism

Implementing blockchain-based voting improves security and decreases the cost of hosting a nationwide election. According to the recent announcement, the Indian state of Telangana is developing a blockchain-based electronic voting system to facilitate remote voting. Initially, the state is planning to experiment with blockchain-enabled e-voting on a small scale, and after successfully implemented, it may broaden the implementation to the national-level as well.

These announcements were made in the webinar conducted by the Election Commission of India, India’s citizen engagement platform MyGov, Tamil Nadu E-Governance Agency, along with blockchain industry experts.

Jayesh Ranjan, the Principal Secretary of Information Technology, stated that the state government might convince civil societies and sports associations to conduct internal voting by utilizing their e-voting platform, based on distributed ledger technology, blockchain. If the implementation goes well, the state will convince other state governments to adopt this voting methodology.

Perks of Using Blockchain in Voting

Hackers with their clever tactics can alter voter registration databases to support a party of their choice. Enter blockchain. With the blockchain-enabled voting mechanism, hackers are unable to gain access to the data stored on the blockchain networks. Blockchain’s immutability and transparency make the electronic voting process fairer.

Blockchain offers anonymous voting where crucial information is stored in a blockchain network in a decentralized manner and encrypted through cryptographic algorithms. Thus blockchain can be considered as an ideal solution for voting.

Blockchain, through its decentralized nature, makes sure that someone’s identity isn’t being misused. Smart contracts help in verification of identity for availing voting services in a truly independent way.

Moreover, technology helps in providing a secure, transparent, and tamper-free electronic record while lessening the uncertainties of incorrect vote polls.

Although paper votes are not tamper-proof, they are not vulnerable to fraud or manipulation, as in the case with internet voting. Despite the acceptance of blockchain in voting, few believe that the blockchain-based voting system is quite insecure and can be a danger to democracy through fraud and manipulation tactics. Talking about the blockchain adoption, Telangana state, from the past one year, has shown its interest in the blockchain space. Moreover, in May 2020, it was reported that the U.S. Congress is considering developing a voting solution, based on blockchain technology for enabling remote Senate voting amid the coronavirus outbreak. Such latest announcements indicate that governments around the world are considering and adopting blockchain for good.

Want to become a certified blockchain expert? Wait no more. Get enrolled now!