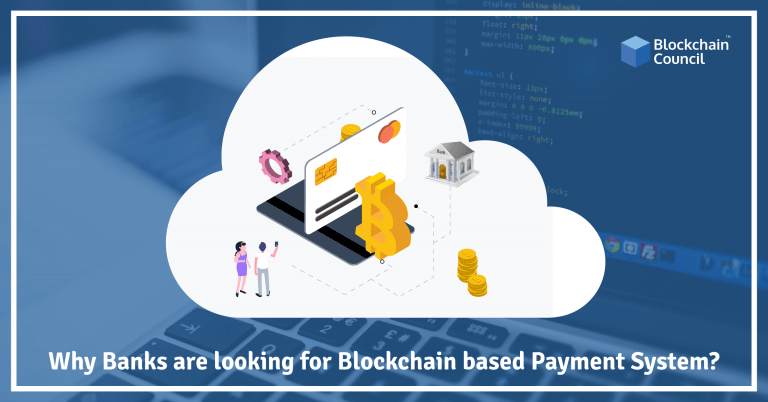 When Bitcoin first emerged on the scene as an alternative to traditional banking systems, few would have imagined that banks would use the underlying technology to improve their internal systems. Today that dream is much closer to being realised than it was ten years ago. In the past ten years, a lot has changed from the attitude of investors and institutions, and at the very least the word blockchain is familiar to anyone who has not been living under a rock. In line with that change, here’s a look at how banks are planning to use blockchain systems in their operations.

Why Would Banks Choose Blockchain Based Payment Systems

The basic idea is that Blockchain based transactions are faster, more secure and cheaper as compared to the methods that banks use for operations. Cross-border payments, which can take anywhere from 2-5 days to clear, and are a clear example of this problem. Ripple has already demonstrated that it can process transactions many orders of magnitude faster than the current system at a fraction of the cost while ensuring a very high level of security. Another advantage of Blockchain is the transparency of its transactions. Blockchain Technology allows all the operations and balances to be seen by all users on the network, making it virtually impossible to be manipulated or tampered. All of this makes blockchain based payment systems very attractive to banks who would save a lot of their operating costs.

The problem remains in the adoption, as these banks are covered from head to toe in regulatory red tape, making them very slow moving beasts. A real-world blockchain based payment network would require years of extensive testing before it is released to the public because banks are responsible for maintaining the trust for people. However, it is good to see that such payment channels are actively being developed both by various banks and also by several other blockchain startups. For instance, BitPesa is a company in Kenya that is working to provide a way to send payments between people without requiring any bank. Other more established players like Ripple are already working with numerous Japanese and Thai banks to create efficient cash transfers through the application of Blockchain Technology.

Payments in the Future

The vast majority of payments that banks handle today are done between human being and machines or human beings and other human beings. In future, however, as more and more devices become smarter, the bulk of the payments are going to be M2M or Machine to Machine. For example, self-driving cars would make payments to automated parking places, tolls, and fuel stations. Most of these transactions are going to be very small, so it would not make financial sense to keep using the same outdated techniques to process those payments. This is where Blockchain Technology combined with smart networks comes into effect.

Banks are centralised organisations which are susceptible to a wide variety of hacks and security breaches. In recent years, several such breaches have led to the identity theft of millions of people across the globe. By contrast, Blockchains are nearly impenetrable and require access to a majority of nodes in the network for a successful attack. That is why there is no surprise that most major banks are looking at blockchains to make their payment processing more secure. MasterCard and Visa are already developing their blockchain based payment networks and have filed for several patents for the same. American Express has also added Blockchain Technology to its payment system and has filed a patent related to Blockchain that could provide a solution for improving the speed and functionality of its existing card networks. Meanwhile, a consortium of banks in Europe is funding Blockchain research to develop industry standards to enhance collaboration between different blockchain systems. With the advantages that blockchain provides, it is no surprise that banks are rushing to employ its benefits and the future looks quite promising for blockchain based payments.

How is India Empowering its Economy Using Blockchain?
Scroll to top