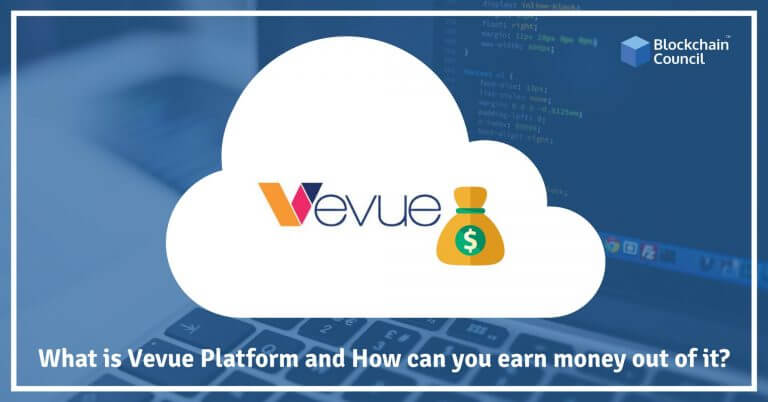 Blockchain Technology now needs no introduction. It is one of the most dynamic technologies that is disrupting all the industries in a positive direction. The Blockchain is a distributed ledger technology that works as a platform for peer-to-peer interaction. You can exchange data and information on this platform and the details get stored in a chronological order in the ledger. One of the key factors that make Blockchain such an inevitable technology is that it allows direct interaction between the two parties without a need of third-party interaction. Thus, Blockchain becomes a great way to create a transparent system. It finds application in all the business niches. Vevue is a platform that works on Blockchain and allows video exchange and payment in tokens.

How will Blockchain revolutionize the video exchange industry?

Blockchain has emerged as a popular solution for most of the problems that the industries are facing. It has myriads of features which makes it an inevitable technology of the future. When it comes to the video exchange industry, then the following features of Blockchain can prove beneficial:

What is the Vevue platform?

It is a platform that aims at creating a P2P video network. The platform works on QTUM Blockchain Technology and aims at bringing the Blockchain to Hollywood. With the help of this platform, the company aims at reducing the gap between the film industry and Blockchain.

With the help of this platform, the company will create an ecosystem where people can place a request for videos from around the world. This will promote people to create short videos and make money out of it. Since it’s a Blockchain enabled platform, the person who is requesting a video and the person providing it can directly interact without involving a third party, the process of demand and supply becomes quick and also cost-effective as one doesn’t need to pay to the intermediary.

How does Vevue platform work?

The functioning of Vevue platform is simple. QTUM Blockchain technology forms are the underlying technology of Vevue. QTUM is a popular Blockchain technology in Asia. People using the Vevue platform can place a request for a specific kind of video, and the providers send the video. Once the person who has requested for the video approves it, the sender gets the token via Blockchain. This platform guarantees complete IP right to the video creator. Vevue will not have the ownership of the video, the creators will have the complete onus of the same. The beta version of the same was launched in 2018 for Android.

To sum in simple words, we can say that Vuevue is a tokenized video sharing platform. It is a mix of Instagram and YouTube that comes with a  monetizing feature. In fact, it won’t be wrong to say that its an advanced version of YouTube which more transparent, quick and cost-effective.

Since the platform works on Blockchain technology, it becomes very easy for the creator to get money. The creator gets the complete right on the video which maintains their Intellectual Property Rights. Since the Blockchain technology eliminates the need of having a third party, the entire process becomes fast and there is no need to pay fees to the third party.  It offers a better reward structure thus making it a profitable affair.  All you need to do is to put videos on the platform and revenues directly comes to you with no interference for intermediaries. The creator gets 100% of your effort.

It won’t be wrong to say that Vevue has created a platform where people can advertise and make money by creating and posting videos. Although it may not appear too exquisite when it comes to the monetization part, then it becomes very interesting. The best part about Vevue is that creates a transparent platform where you can get complete right over the content.

Can Blockchain be Implemented in Serverless Technology?
Scroll to top