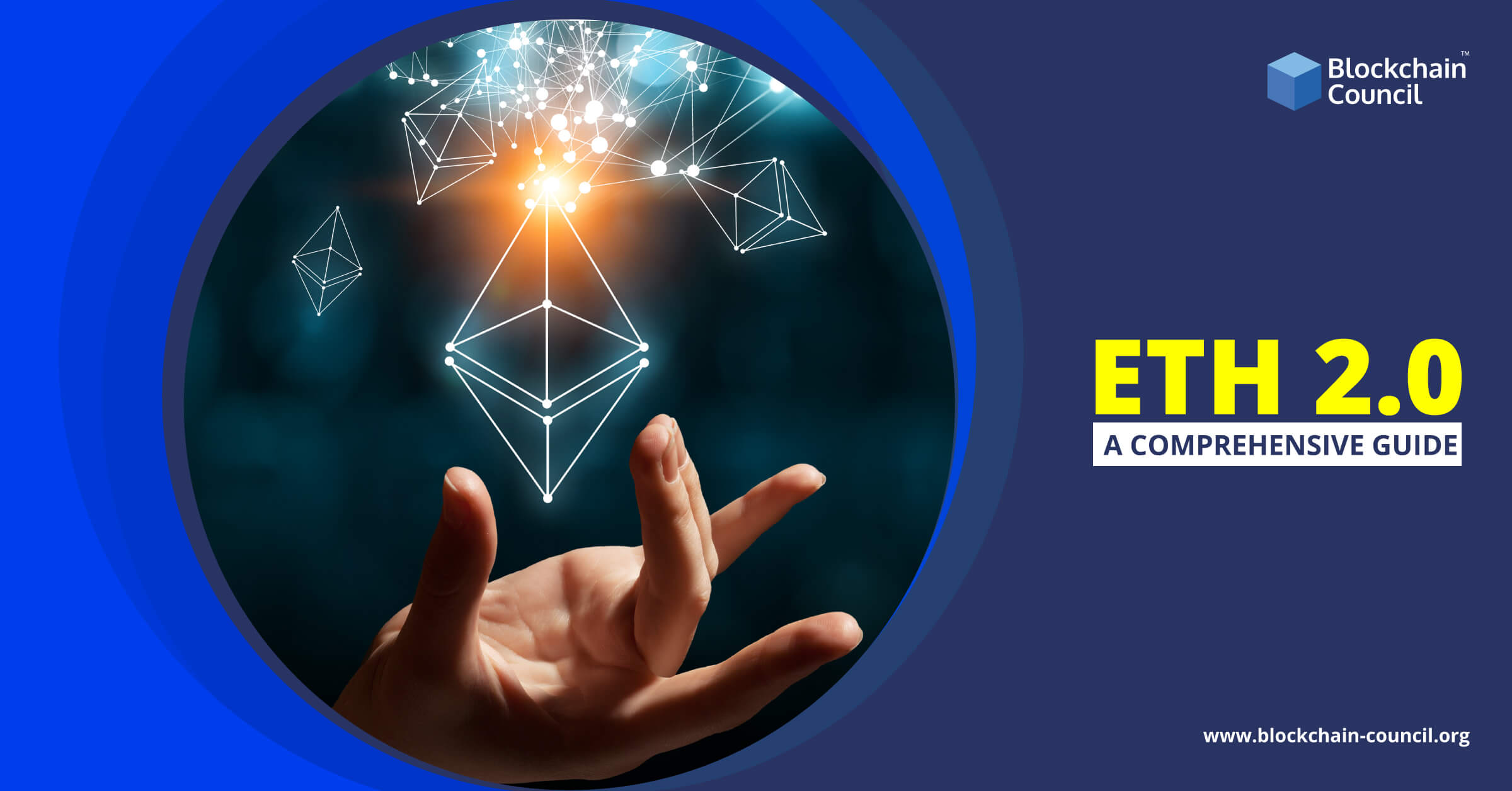 Are you interested in learning up with Ethereum 2.0? You have landed on the right page. This article talks about the most trending topic, i.e., Eth 2.0, explaining what this new version is all about, its phases, and differences between Eth 1.0 and Eth 2.0.

Ethereum’s Overview and its History of Upgrades

Ethereum is a global, decentralized open-source blockchain featuring smart contract functionalities. With Ethereum, one can write code that controls digital value, runs exactly as programmed, and is accessible globally.

Since its public mainnet launch in July 2015, Ethereum has gone through four major upgrades. Homestead was introduced in March 2016, Metropolis Byzantium in October 2017, Metropolis Constantinople in February 2019, and Istanbul in December 2019. With its continuous efforts, it is now planning to switch from its older version to its new version, i.e., Ethereum 2.0

Anyone who has followed Ethereum throughout the years knows the history of broken promises, missed deadlines and a spotty communication about future plans. This has led to the critics classifying Ethereum as a ‘Failed experiment’. But not only functional issues, Ethereum has always been suffering from some technical issues as well. Its slow transaction speed and unscalable nature have always been the latches holding Ethereum down. The cost of decentralization has always been expensive and the platform was never able to grow to make large applications like youtube or twitter work on the network. Enters ETH 2.0.

Want to have an in-depth understanding of Ethereum and smart contracts? Become a Certified Ethereum Expert now!

ETH 2.0, also known as Serenity, is the upcoming upgrade in the Ethereum community to improve the performance and functionality of Ethereum in various ways. Calling it an update to Ethereum is a bit of a misnomer as ETH 2.0 is an entirely different project. EHT2 will not only improve the speeds of transactions but rather improve upon the scalability and also the programmability of the blockchain itself, with no compromise on security. ETH2 is expected to increase the transaction speed from 15TPS to thousands of TPS. At present, Ethereum’s architecture is maintained by a PoW, and now with its upcoming upgrade, it is planning to switch to PoS consensus. This is done to make mining more democratic and economically viable. In a PoW algorithm, miners do all the work and provide security to the network. In exchange for a block reward and transaction fees. On the other hand, in PoS there are no miners but rather new ether is minted and transactions are processed by algorithmically chosen validators. They provide security to the network by locking up their ethers. If a validator misbehaves, his ethers are slashed. This gives the validators to follow the rules of the protocol.

Ethereum developers are super excited to bring huge evolution progress in the blockchain space. ETH2 is being built by 9 different engineering teams. These teams are funded by the Ethereum Foundation and the Ethereum community. These teams are responsible for making different kinds to clients that connect to the Ethereum network. Different clients are targeted for different use cases, for example, one client is being optimized for smartphones while the other is being built for large enterprises. It goes without saying that ETH2 teams are the most experienced and talented protocol designers in the industry.

Ethereum 2.0 and its Phases

Ethereum’s latest upgrade is all about re-engineering the entire existing Ethereum platform, to launch its new, more scalable version. It was expected to launch in the summers of 2020 and likely to run next year with all its three phases. Now, let’s discuss these three phases to understand Eth 2.0.

Phase 0 is called the ‘beacon chain,’. This was aimed to serve as a ‘command and control’ center for the ETH2.0 network. The Beacon chain went live in April 2020 on a testnet called sapphire. Onyx testnet was released in June and had 20,000 validators by the end of the month. Currently, the Altona testnet is being used by the developers. The official public testnet is scheduled to release on August 4, 2020. The target of the beacon chain was to organize the validators and assign them to different shard chains. The transactions are to be processed by a shard chain for a period of time and then to be randomly transferred to another shard. Hence, to say in easy terms, when complete, it will implement the foundations PoS into the system. The existing PoW ethereum blockchain will continue to exist. Since it is the initial phase, it will not be able to host dApps, execute smart contracts, or process transactions.

Phase 1, scheduled in 2021, is going to implement shard chains (a scalability solution), which will result in the Ethereum blockchain being partitioned into 64 separate chains. Such chains will then be able to operate parallelly with one another and can interoperate seamlessly. Not every node in the network will then have to process and validate every transaction. But rather the transactions will get divided into different groups within the blockchain. Here it is important to note that, at present, PoW Ethereum can process one consecutive block at a time. But with the launch of Phase 1, introducing shard chains, Ethereum can process multiple transactions simultaneously.  This parallel computing will increase the transaction speeds from tens to thousands, or maybe even tens of thousands of transactions per second.

Phase 1.5 aims at merging the original PoW Ethereum with the new PoS chain, which means users will be able to use their ETH on the latest Ethereum version, i.e., 2.0 with no anticipated extra work or risk of their ETH becoming old-fashioned. At first, we will see ETH1 as its own shard in the network, but will eventually be transformed into an execution environment in phase 2.

Unlike other phases of Ethereum, ETH 2.0 is less defined. To decentralize and speed up the network, Ethereum 2.0 is set to launch in 2021 or 2022, although the date is not defined anywhere as it is still in its research and development stage. There’s still a lot of effort on ETH2.0 to be entirely running, and it will take quite a lot of time to bring it into implementation. But it is expected that phase 2 will enable processing transactions, executing smart contracts, and hosting decentralized applications (dApps). This phase will serve a feature to create execution environments that can mimic the protocols of a different blockchain like Bitcoin or Zcash. As ETH1 improved upon the protocol of Bitcoin to give us the power of smart contracts, ETH2 is set to improve upon ETH1 by redefining the very nature of the blockchain itself. We are expecting a plug-n-play system of algorithms just as hyperledger possesses.

Eth 1.0 and ETH 2.0 vary in numerous ways. Switching to Proof of Stake(PoS) and the introduction of Shard Chains makes ETH 2.0 more efficient than its older version.

Vitalik Buterin, a Russian-Canadian programmer and writer known as a co-founder of Ethereum and Bitcoin Magazine, mentioned that “Existing applications will keep running with no change. All account balances, contract code, and contract storage (this includes ERC20 balances, active CDPs, etc.) will carry over.”

To conclude, we can say that Ethereum 1.0 will continue as it is now and will undergo improvements to enable it to eventually be an Ethereum 2.0 shard. Introduction of Eth 2.0 will open the door of opportunities for the entire Ethereum community and Ethereum Developers.