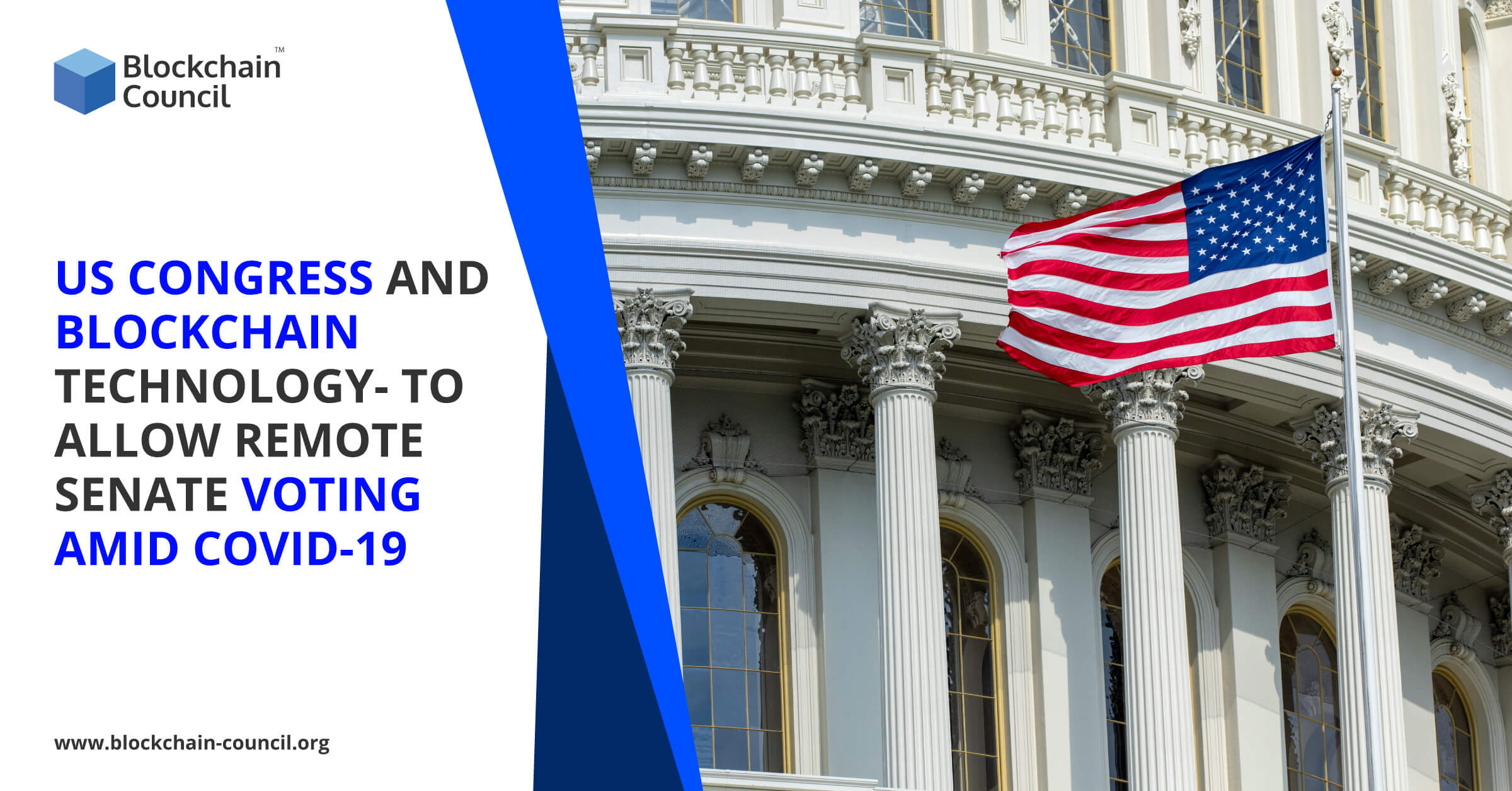 With the help of blockchain technology, the U.S. Congress is considering developing a voting solution to allow remote Senate voting amid the coronavirus pandemic. COVID-19 virus has shut down significant sectors of society, including many functions of Congress, and has disrupted the U.S. Congress’s ability to meet and deliberate.

The memo was composed after the Permanent Subcommittee on Investigations’ Roundtable on Continuity of Senate Operations and Remote Voting in Times of Crisis event, according to which blockchain-based voting could be part of the solution.

For facilitating voting, the report suggests that blockchain technology can be leveraged alongside end-to-end encrypted applications.

The document states that “Congress’ two chambers have always met in-person to conduct business, including committee hearings, floor deliberation, and voting,” highlighting that “neither chamber has contingency plans to allow those functions to proceed remotely.” As the Senate staff memo explores the notion of remote voting and the technical and legal considerations that it entails, it suggests that blockchain-based voting could be part of the solution.

The Senate staff memo states that through an encrypted distributed ledger, “blockchain can both transmit a vote securely and also verify the correct vote.” The memo reported that the technology has the ability to provide a secure and transparent environment for transactions and a tamper-free electronic record of all the votes while reducing the risks of incorrect vote tallies”.

Congress also mentioned that some firms have already begun to deploy blockchain-like systems in the context of voting to help countries, like Estonia, to run elections entirely online.

The report identifies concerns stating, “one concern specific to the Senate is the risk that majority control of the blockchain could fall into the wrong hands.”

It further explained that  “due to the small size of the Senate, any remote blockchain voting system would need to be properly set up to eliminate any threat of a 51 percent attack to ensure that no bad actor could gain majority control of a voting chain.”

The report also states “possible vulnerabilities from cryptographic flaws and software bugs” as the other concerns in the Senate.  After increasing discussions, the Memos explains that if any technology is going to be leveraged for voting purposes in the Senate, it needs to be ensured that outside attackers can’t disrupt the process, and only actual senators are voting. After exploring the use of end-to-end encryption technology for voting purposes, the memo asserts that “the Senate may consider blockchain.”