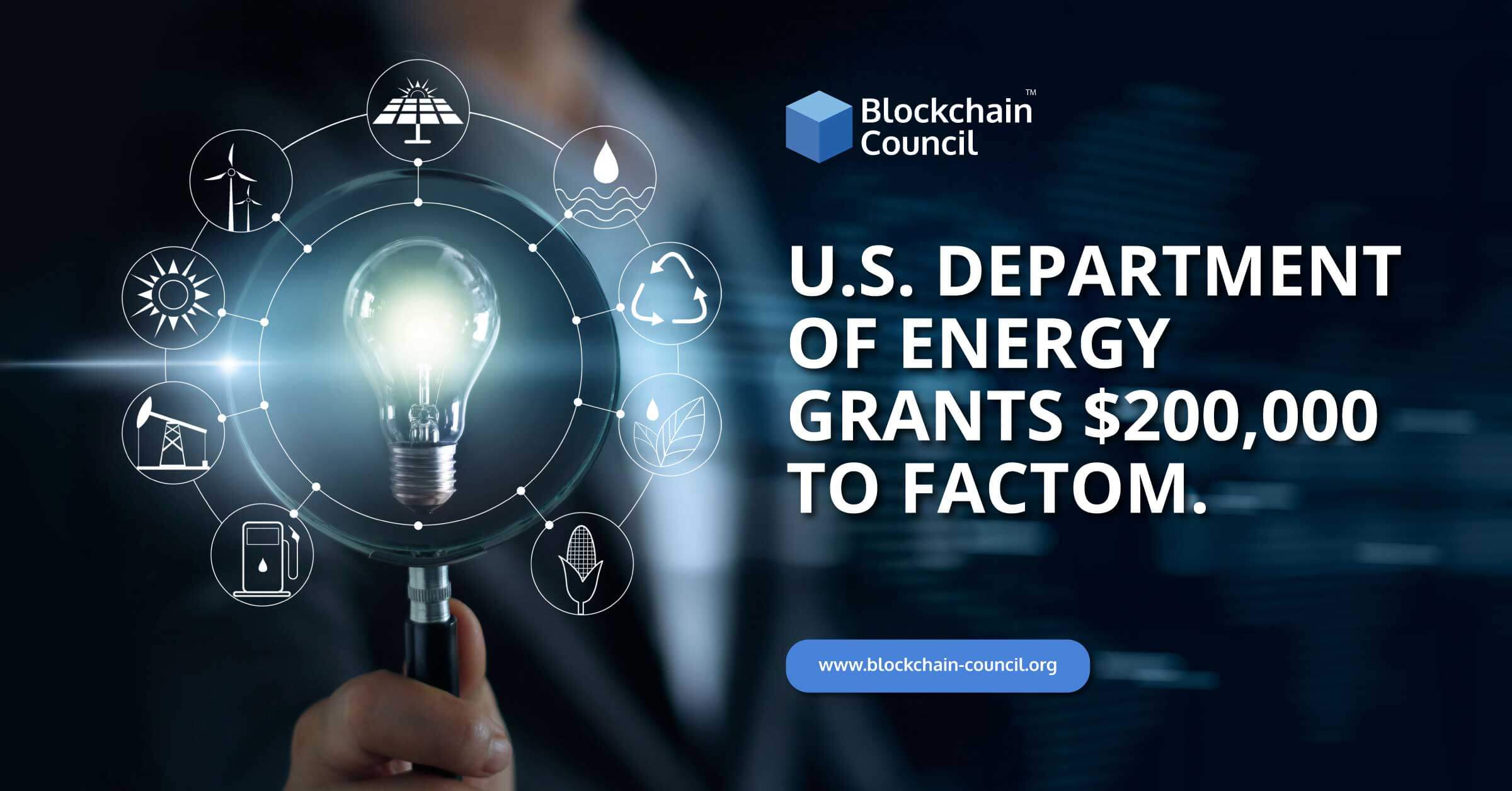 The abstract read as follows:

“Electric grids are quickly evolving with advanced monitoring and information management as well as communication through connected devices. Although the number of devices and sensors coming online is increasing exponentially, the same vulnerabilities remain in data integrity at the source and during transport. The overall goal of this proposal is to design a system to improve grid reliability and resilience through the use of blockchain technology.”

TFA Labs seeks to store raw data on the Factom blockchain like the health and status of devices. The company aims to build a digital identity for the firmware or permanent software that is installed on devices. In case of any manipulation, the files will produce a cryptographic hash that does not match the digital identity, indicating something is amiss. The first phase will go on until March when TFA plans to have a prototype for the use case. If the experiment moves on to phase two, TFA Labs will collaborate with device manufacturers and get funding of approximately $1 million from the Department of Energy.

Factom is a distributed, decentralized protocol that runs on top of Bitcoin. While the Bitcoin blockchain stores a record of financial transactions, Factom is designed to store any type of data. It is the first usable blockchain technology that provides an unalterable record-keeping system. It helps solve real-world business problems by creating a layer on top of the Bitcoin blockchain and securing millions of real-time blockchain records. Factom can be used by both businesses and governments to document their information in such a manner that it cannot be deleted, modified, or backdated. Factom software is open-source, which means that anyone is free to use it for any purpose. Factom does not have a central entity that controls it. It is a software run by people all over the world to make the protocol work. Factom is an ideal platform that can be used for a wide array of applications such as supply chain management, voting systems, medical records, legal applications, etc.

Factom is separately working with the Department of Homeland Security for recording camera and sensor data on the blockchain and is also working with the Bill and Melinda Gates Foundation to see if the technology can digitize records of individuals living in remote parts of the world. As reported by Cointelegraph, despite record hash rates, the Bitcoin (BTC) energy consumption is becoming rapidly efficient. Data from aggregator Statista revealed that despite a large amount of computing power being dedicated to Bitcoin mining, the electricity needed to fuel it is less.