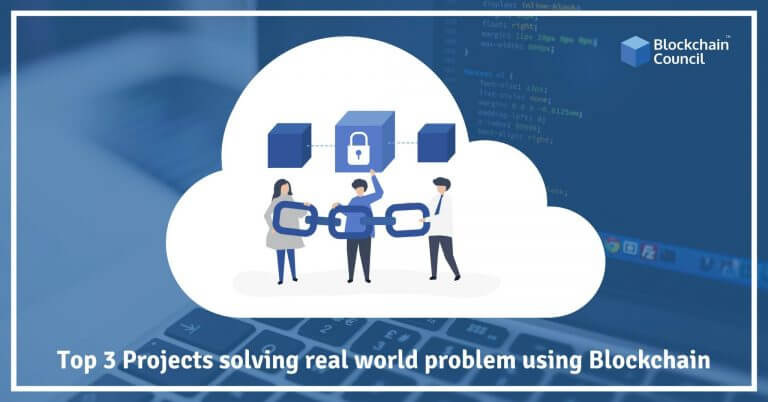 With so much hype surrounding blockchains and cryptocurrencies, it could be hard to separate the signal from the noise. Initial Coin Offerings raised a total of over $5.5 billion in 2017 and over $6.3 billion in just the first quarter of 2018. Despite the enormous money raised and a good amount of time being passed, very few projects have actually delivered on the products that they set out to build. So in this article, we take a look at the top 3 projects that have delivered on their promises to help you pick the best ones for the long-term potential.

Businesses and governments from around the world are required to have a verifiable identity proof of their citizens and governments for administrative purposes. Recent studies by several independent sources have put the cost of this Know Your Customer (KYC) procedure at over $30 billion a year which is expected to overgrow to over $100 billion by 2025. The matter is complicated even more by the abundance of security breaches in the last three years which have seen millions of customers become prey to identity theft putting their finances in danger. The Equifax hack from last year is the most egregious of such breaches because of how the company avoided taking responsibility for the security of the data and by refusing to acknowledge the hack until several months after the event. Blockchain powered identity verification platforms such as Civic can significantly improve the order of KYC procedures by giving users control over their private information. In several demos, the company has demonstrated the new model which works on a need-to-know basis. Any entity such as credit score companies or insurance agencies that requires access to a user’s personal information has to request access strictly from them. Once approved, they are given viewing rights to the blockchain backed secure identity information. This eliminates many intermediaries that work as points of failure and therefore translates into a much safer and cheaper experience for both parties.

The money sent by immigrants to their families living in their native countries is called remittance. Remittance markets are a huge driver for economic growth in the native countries of these immigrants. The World Bank estimates that in 2018 overall global payment grew 10% to almost $700 billion, a large chunk of which went to developing countries. The market is expected to keep growing at a similar pace for the next ten years and can well exceed a trillion dollars in the next 3-5 years. But anyone who has dealt with current remittance systems such a bank wires or companies like Western Union is well aware of the flaws of the current system. Not only does it take anywhere from 3 to 5 business days for the transactions to get processed, but they also cost the users excessive amounts in the form of transaction fees. According to a recent study by the World Bank, this transaction fees can range anywhere from 9% with post offices to a whopping 13% with banks. Ripple can completely change the game by offering instant settlements and under 1% in transaction fees because of its secure network and the large liquidity pool. Ripple’s xRapid service, in particular, holds a lot of promise in this regard because it eliminates the need for nostro-vostro bank accounts by using XRP as a bridge asset between currencies.

The biggest issue with cryptocurrencies since their early days has been that of adoption. Finding merchants that directly accept cryptocurrencies can be hard even in some of the larger cities in the world, so most cryptocurrency enthusiasts end up only holding the digital asset. But the TenX card can bring cryptocurrencies to the mainstream society by opening up the millions of point of sale systems already in place across the world. TenX has developed the COMIT protocol which converts one cryptocurrency to another or fiat in real time like an atomic swap. This allows the sellers to accept fiat currencies if they choose to do so while allowing the buyer to make purchases with their cryptocurrency.

How Blockchain Will Build Value Without Cryptos?
Scroll to top