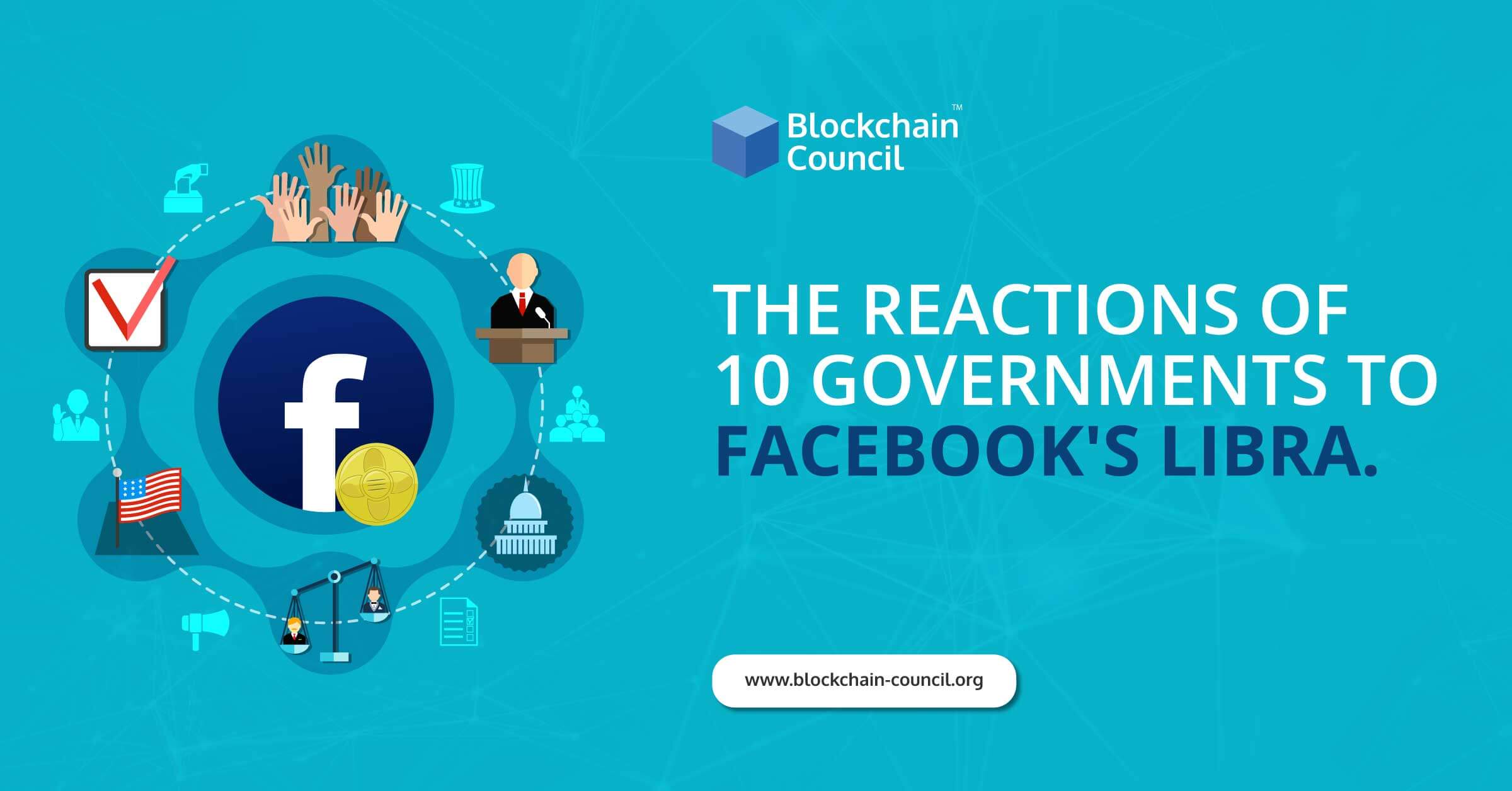 In May 2019, Facebook registered its Libra Networks LLC. in Geneva, Switzerland, one of the most friendly regulatory environments for cryptocurrency projects, for creating the new digital currency ‘Libra.’ It was positioned as the new cryptocurrency for the daily online consumer. Libra is a decentralized blockchain, a low volatility cryptocurrency, and a smart contract platform which is built on the concept of blockchain technology. Libra aims to be a simple global currency and financial infrastructure which empowers billions of people. The three parts which make it an inclusive financial system are:

The secure, scalable, and reliable blockchain it is built on. A reserve of assets which give it the intrinsic value. Governed by the Libra Association, which aims to make the ecosystem evolve.

Libra Association is an independent, not-for-profit membership whose purpose is to coordinate and provide a framework for governance and lead social impact grantmaking in support of financial inclusion. The Libra blockchain will start as a permissioned blockchain, one where only selected participants of the network are granted access to run the validator node. A permissionless blockchain is one where anyone who meets technical requirements can run a validator node.

For Libra to operate in the best interest of its users, Facebook aims to provide Libra will the required capabilities to become a permissionless network. Essential to the spirit of Libra, Libra will be open to everyone irrespective of whether it is in a permissioned or permissionless state. Open access gives way to innovation, lower barriers to entry, and healthy competition which benefits customers.

Merkle trees protect the data on the Libra blockchain. A Merkle tree is a data structure used by blockchains to detect any changes made to existing data. The Libra blockchain will use the Byzantine Fault Tolerance consensus algorithm as it helps enhance trust in the network as the BFT protocols are designed to function correctly even if some of the validator nodes fail or are compromised.

The BFT algorithm provides benefits such as high transaction throughput, an energy-efficient approach to consensus, and low latency. The Libra blockchain will use the programming language ‘Move.’ It prevents assets from being cloned. Move implements custom transaction logic and smart contracts on the Libra blockchain. It helps securely implement the governance policies of the Libra ecosystem.

The Libra Association is the governing entity which is vested with the responsibility of making Libra- the financial infrastructure and simple global currency which empowers billions of people- a reality.

As revealed by Facebook last month, it plans to launch Calibra. Calibra will offer financial services over the Libra network. It is a digital wallet for Libra which will be available as a standalone app and in WhatsApp and Messenger and will be launched in 2020. A Libra spokesperson has revealed that Calibra will not be available in countries which ban cryptocurrencies.

We hope you have now gained a fair overview of the Libra Blockchain. We will now learn the responses of the ten countries who have expressed their views on Libra.

In the semi-annual testimony on monetary policy, Jerome Powell, Federal Reserve Chairman, has mentioned his doubts about the Libra project going forward. A hearing on Libra will be held on 16 July by the U.S.Senate Banking Committee.

As stated by Jerome Powell:

The People’s Bank of China is paying great attention to Libra, according to Wang Xin, the Director of the Research Bureau of the Central Bank. As elaborated by the Director, “Facebook’s plans to create its cryptocurrency have forced China’s central bank into stepping up research into creating its digital currency as Libra could potentially pose a challenge to Chinese cross-border payments, monetary policy, and even financial sovereignty.”

The deputy director of PBOC’s payments wing has commented that Libra must be monitored by the monetary authorities. He said that Libra cannot be stable without being supervised by the Central Banks. He is of the opinion that Libra might damage the Yuan currency if it is non-convertible. He also revealed that the research team finds the quality of code to be unstable.

Subhash Chandra Garg, the Finance Secretary and Secretary of Economic Affairs commented in a meeting on 6 July that the design of the Facebook currency has not yet been fully explained and that India has never been comfortable with a private cryptocurrency.

As India has not announced any crypto regulation, rumors are now afloat about a draft bill for banning cryptocurrencies.

According to Monetary Authority of Singapore (MAS), “It is in the early stages of development, with a number of issues to be worked out around its features, use cases, and governance arrangements.”

The MAS has clarified that it may regulate Libra under the PS (Payment Services) Act and subject it to anti-money laundering requirements.

Facebook has requested to meet with the Bank of Thailand (BOT) for getting Central Bank’s authorization to integrate Libra with the Thai financial system. There are 50 million registered Facebook users in Thailand. The Assistant Governor for Fee Programs Coverage and Monetary Era Workforce, Panomwan, revealed about a working group which has been set up to examine Libra. She said that they will study the white paper and analyze the consumer benefits and risks.

Haruhiko Kuroda, the Governor of the Bank of Japan, has described Libra as one on which he will “keep a careful watch” to see if cryptocurrencies will gain acceptance as a mode of payment and how it may affect the financial and payment systems. He further emphasized, “As for Libra, we must bear in mind that the potential global user-base could be enormous.”

On 8 July, the Financial Services Commission (FSC), South Korea’s top financial regulator, released a report on “Understanding Libra and Related Trends.” The report raises concerns about personal information being leaked. It has also noted that, without bank control, Libra may create a money laundering situation. According to the regulator, “We have seen that Libra is more likely to be commercialized than existing virtual currencies … Libra will have a big impact on the existing financial system, the banking industry, and financial consumers.”

Until now, cryptocurrency is not regulated in Russia, but for regulation, it plans to adopt the bill, “On digital financial assets.” Deputy Finance Minister Alexei Moiseev commented:

“No one is going to ban. A large number of businesses ask when it will finally be possible to legally conduct an ICO transparently, this will definitely be regulated, permitted, and that’s all.”

Bruno Le Maire, France’s Finance Minister, has said that Libra would be fine as long as it is limited to transactions and that it must not be allowed to create a sovereign currency. France’s Central Bank Governor mentioned that a G7 task force will be created for the regulations imposed by Central Banks on cryptocurrencies.

UK’s Financial Conduct Authority (FCA) met Facebook representatives to discuss Libra. As reported by the Guardian, Christopher Woolard, FCA’s Director of Strategy and Competition, highlighted issues such as consumer protection and other privacy concerns. As asserted by Woolard, “Its size and scale will pose questions for society and government more generally about what is acceptable and desirable in this space.”

Know The Authenticity Of Your Wines: EY’s Blockchain Platform For Wine...
Scroll to top