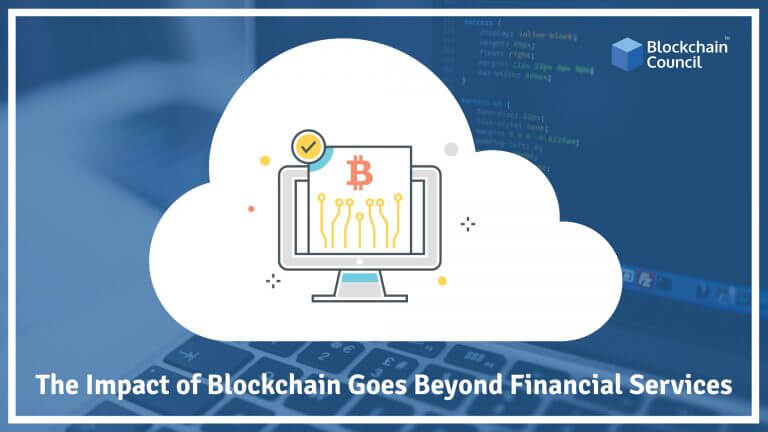 Bitcoin and other cryptocurrencies that are based on the Blockchain Technology have great potential to disrupt the current financial services industry. From lowering costs of transfers to reducing confirmation times for cross-border payments, the benefits of Blockchain for financial services are immense. Smart contracts, which will enable self-executing instructions built into cryptocurrencies, will no doubt lower the cost of contracting, enforcing contracts and making payments. But the benefits of Blockchain are not limited to the financial sector. Here’s a look at significant industries that could benefit from Blockchains.

At its core, a Blockchain is a distributed ledger that exists on millions of devices across the globe and is tamper proof and transparent. These properties are what make Blockchain unique and useful to the process of democracy. Since no intermediary validates all the transactions, Blockchain is trustless, censorship-resistant, and since every transaction is recorded on a Blockchain, it is publically available. Hence, Blockchain makes a perfect medium to conduct voting on since they ensure a fairer way to cast votes for citizens. Current methods of casting a vote are rife with corruption as they are susceptible to the influence of local authorities. Blockchain, however, is unique in that there are no central authorities to bend the rules.

Ever since the early days of the Internet, intellectual property rights have been hard to enforce. Piracy has been made more accessible and artists have had to go through publishing houses to get an audience. This means that the content creators have not been paid fairly for the work that they’ve done. This is primarily because it has been hard to ascertain and transfer ownership of content so far.

But Blockchain can remedy this situation quite easily as they make it very easy to tokenize and deploy content. With smart contracts built into this new breed of digital content, it will be easier than ever to obtain royalties and payments in real time. An interesting crypto startup called SingularDTV is trying to address this very problem. SingularDTV’s CEO, Zach LeBeau has said that their platform aims to help content creators to earn money by creating a token based economy. He claims that in this new sharing economy model, the value is derived from an artist’s work. Artist’s will be able to tokenize their new projects for getting funding. Users who invest in such projects will acquire shares of the revenue generated by the work. The smart contract code built into their platform ensures smooth payment of shareholders and delivery of content. This new sharing economy model bypasses the need for publishing houses and lets artists get a more fair share for their work.

(a) a public address in which to receive funds for the ICO.

(b) a piece of self-executing code that sends the investor tokens proportional to the amount of their investment.

This has made the process of investment much easier and entirely trustless. Newer investors are not excluded from investing in projects they find attractive in the unique new model.

Recently, Goldman Sachs conducted a study in which it was estimated that businesses spend somewhere around $4 billion every year in order to verify property title deeds. This is another area which is ripe for disruption. Currently, the process of clearing land deeds involves going through an intermediary to check the land records. This process could be simplified a lot, and the overall cost can be brought down if instead, local governments used Blockchains to store the land title information which is a matter of public record.

What is Blockchain, and what does it have to do with fashion?
Scroll to top