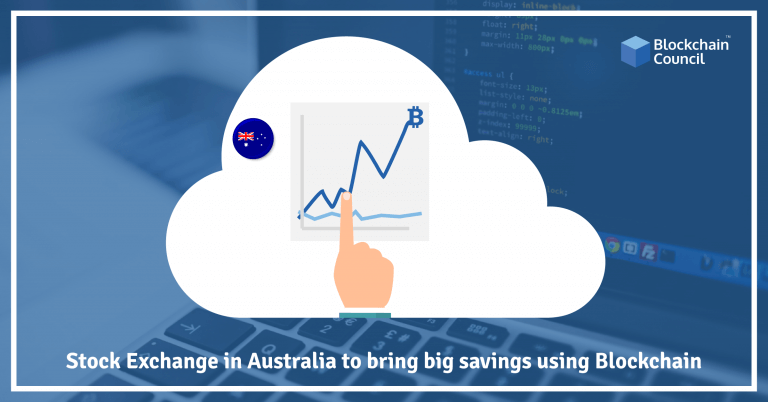 After so much hype regarding Blockchain Technology and cryptocurrencies has died down in the last year, we are finally seeing the development of real-world applications of Blockchain Technology. Blockchains primary use case has always been in the financial sector and accordingly, Australia’s main stock exchange, the Australian Securities Exchange has decided to switch to a Blockchain based clearing system to replace it traditional Clearing House Electronic Subregister System (CHESS.) This is a huge step forward for the adoption of cryptocurrencies in the real world and one that will immensely benefit the clearinghouse.

Presently, the Australian Securities Exchange relies on the CHESS platform for processing all of the trades in Australia. The CHESS is difficult to operate for the exchange as it consists of many disparate databases that need to be supported, upgraded and maintained.  Keeping all of the databases up to date is expensive and the cost is passed down to the customers in the form of very high exchange fees. Using the CHESS platform, the estimated average fee that investors are charged for clearing and settlement services is approximately 1.2% of the transaction which can be very huge for large investors. Bigger Australian funds, like the superannuation industry, on the other hand, incurs costs of approximately $23 billion. Blockchain Technology can cut these costs by over 50% using its unique consensus mechanism that simplifies the complex system that is the Clearing House Electronic Subregister System. By being the first global exchange to adopt Blockchain technology for clearing and settlement, Australia wants to stay on top of the Blockchain revolution. The Australian Securities Exchange CEO Dominic Stevens is hoping that using Blockchains in finance will “put Australia at the forefront of innovation in financial markets” and also spur innovation in other sectors.

Development of Blockchains for Clearing and Settlement

The Australian Securities Exchange has been working with the New York-based Blockchain startup Digital Asset Holdings to develop the Blockchain based clearing system for over three years and is expected to finish by mid-2020. The final product will become the first and largest of its kind project to employ distributed ledger technology for the financial sector. The new platform will result in faster and cheaper clearing of trades and will allow users to directly access the information without having to rely on the exchange to update orders. Unlike the CHESS platform, which consists of multiple different databases which are programmed in different languages, the blockchain based application will result in the creation of a single harmonized database that will be accessible to all the users. CEO Dominic Stevens is very enthusiastic for the project and claims that, “by doing all of this within a highly secure environment where permission-ed users have access only to the data that they are entitled to see, ASX is safely liberating the source of truth information in real-time such that it can be used by participants and other providers to build new services across the value chain which will provide tremendous value by being a great business enabler for our customers, and a significant enabler of innovation for issuers and investors.”

All of the advantages of the Blockchain, like faster settlement times, cheaper and faster transaction and the creation of a single truth ledger will allow for the ASX to cut down its operating costs significantly while also simplifying its existing databases. Additionally, like the CEO claims, Blockchains will also allow for other developers to create applications using smart contracts for the benefit of investors. In financial terms, the average large investors will save on transaction costs from the current 1.2% to a meagre 0.1% which is the cost that most large cryptocurrency exchanges like Binance charge. On an average $1 million transaction, that means going from $12000 in fees to about $1000 which is very important for large investors.