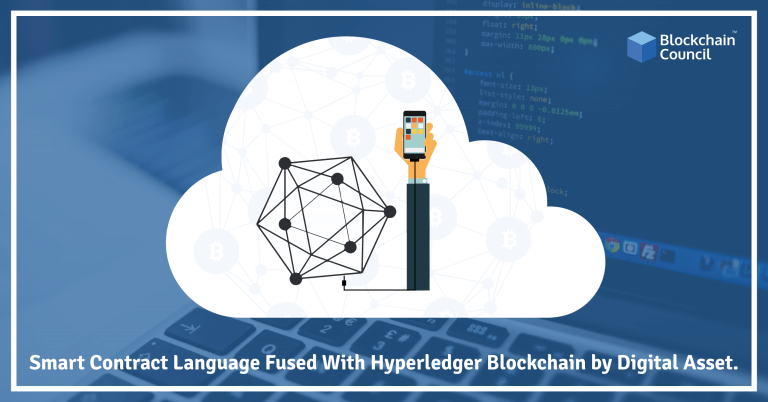 On 16 April 2019, Blockchain software company Digital Asset announced the integration of its DAML smart contract language with Hyperledger Sawtooth, the modular platform for running distributed ledgers. The post revealed that Digital Asset has started working with Blockchain Technology Partners (BTP) and hyper ledger members. The latter will benefit a wide range of industries and prospective enterprise customers. DAML will allow developers to focus on the logic of the applications they build. BTP is one among Digital Asset’s first partners which use the DAML Integration Toolkit. It aids in the acceleration of the adoption of DAML smart contract language.

“By integrating DAML with Hyperledger Sawtooth, developers will be able to combine the best of open source smart contract languages with one of the keys emerging open-source platforms. The DAML Integration Toolkit will further allow platform providers to adopt DAML, and we look forward to collaborating with even more platforms,” said Dan O’Prey, CMO and Head of Community at Digital Asset and Chair of the Hyperledger Marketing Committee.

Blockchain Technology Partners (BTP) is an Edinburgh-based enterprise blockchain firm which partners with businesses to deliver blockchain-based solutions. Founded in 2018, it makes the benefits of blockchain available for enterprises through Sextant.

Sextant is a blockchain management platform which guides firms to develop, deploy, and manage applications based on blockchain. It features one-click deployment of enterprise-grade Hyperledger Sawtooth networks. It operates on the goal of reducing the cost and complexity of doing business through decentralization thereby ensuring transparency and accountability in a distributed world.

“BTP is excited to bring the power of DAML to the Hyperledger community and further accelerate application development on the Hyperledger Sawtooth blockchain platform. By providing developers with a cloud-ready managed platform that supports the DAML runtime, developers can focus on building applications in DAML, while we take care of deploying and managing their applications as well as the underlying blockchain infrastructure,” said Duncan Johnston-Watt, Co-founder and CEO of Blockchain Technology Partners.

In July, an enhanced version of Sextant will be offered with DAML support which will provide assistance for other cloud providers thereafter. Digital Asset also recently announced open-sourcing of DAML language, Software Development Kit (SDK), and runtime under the Apache 2.0 software license. This will enable third parties to modify and integrate DAML with other platforms.

“Following the recent announcement that DAML has been open-sourced, we are delighted that work is already underway to integrate the DAML runtime with Hyperledger Sawtooth. This demonstrates the power of the open-source community to enable collaboration and give developers the freedom required to truly move the industry forward.”

Top 10 Blockchain Careers You Should Know
Scroll to top