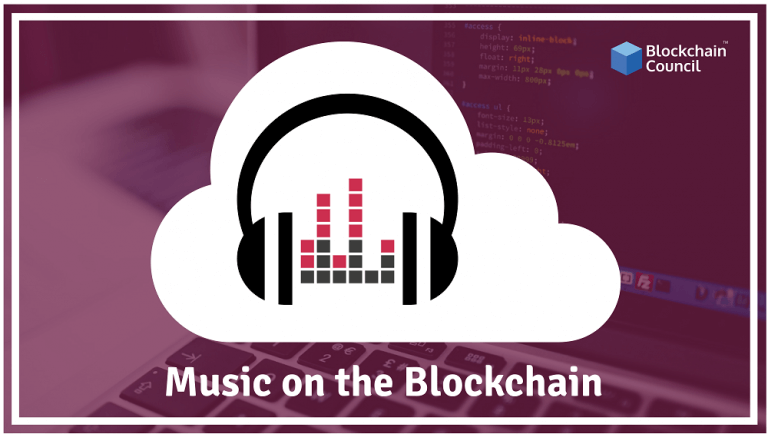 The music industry has been plagued by dying sales ever since the early days of the internet due to illegal file sharing and high royalty paid to labels. Here’s a look at what the Blockchain revolution has to offer to this struggling industry.

Music Industry has been losing revenue for the past 15 years

Quartz reported in 2015 that the global recorded music has been losing revenue for the past 15 years and fell below the threshold of $15 billion in 2014. This has been in part due to the easily accessible pirated mp3 downloads and surges in popularity of streaming services like Spotify, Apple Music, and Tidal. The most significant revenue generator for the music industry for a long time has been album sales, but they’re steadily declining because users can now purchase individual tracks via services like iTunes and Google Play Music.

But the growth in streaming services like Spotify has not been beneficial for individual artists who typically receive very less money overall because of slowing album sales. As a consequence of this, Taylor Swift removed all her music from Spotify in November 2014 citing deficient payments to artists. Artists, on average, earn less than one cent per play, between $0.006 and $0.0084 based on popularity and a few other factors according to Spotify Artists, a website that explains the service and payment mechanism to artists.

How can Blockchains help?

According to the SingularDTV CEO, Zach LeBeau, their platform aims to help artists and consumers to earn money by creating a token based economy where the value is derived from an artist’s work. The way this works is as follows:

When an artist tokenizes his/her work, they are actually turning their Intellectual Property (IP) into a financial asset that other people can buy into. Those who buy into this asset receive shares of the artist’s revenue. Hence, the more people who consume the content created, higher the value of the token.

This model enables artists to raise money through a token launch, which is similar to an Initial Coin Offering (ICO). Here users can participate in funding projects that they find interesting so a majority of the funding goes to the artist and SingularDTV retains a small service fee. Later on, due to these tokens being programmed via smart-contracts, holders of these tokens get royalty flows. Therefore, if someone pays a dollar for an artist’s content, then all of the token-holders will receive a pro-rata share of that dollar.

Getting rid of middlemen

The biggest problem that artists face in monetizing their content comes from record labels eating away major gains from artists hard work. The record houses act as gatekeepers for newer talent to enter the industry and often make deals that are unfavorable for the artists. The new blockchain based model eliminates the middleman from the transaction and lets music creators and their fans come together and share profits by tokenizing the artist’s intellectual property to raise funds instead of relying on proceeds from a record house. The success of this model depends entirely on the platform being able to attract a large number of users. There’s been progress on this front with Gramatik’s collaboration with the platform. Gramatik is a New York-based hip-hop and electronic music artist who is the first to join the platform’s tokenization service by launching 100 million GRMTK tokens on November 9, 2017.

In summary, Blockchain technology could finally lift the music industry up from the steady decline that has been in for the last 15 years by bringing content creators and music fans together and eliminating the middlemen record houses that have long infringed up the artist’s fair share of profits by eating up royalties. So creating a platform that lets users access the content they’re interested in legally and cheaply, illegal mp3 downloads could be curtailed as is clear from the growth that Spotify has seen in the last three years thereby reducing the other major contributor to declining profits for artists.

What is Cold Storage in Cryptocurrencies?
Scroll to top