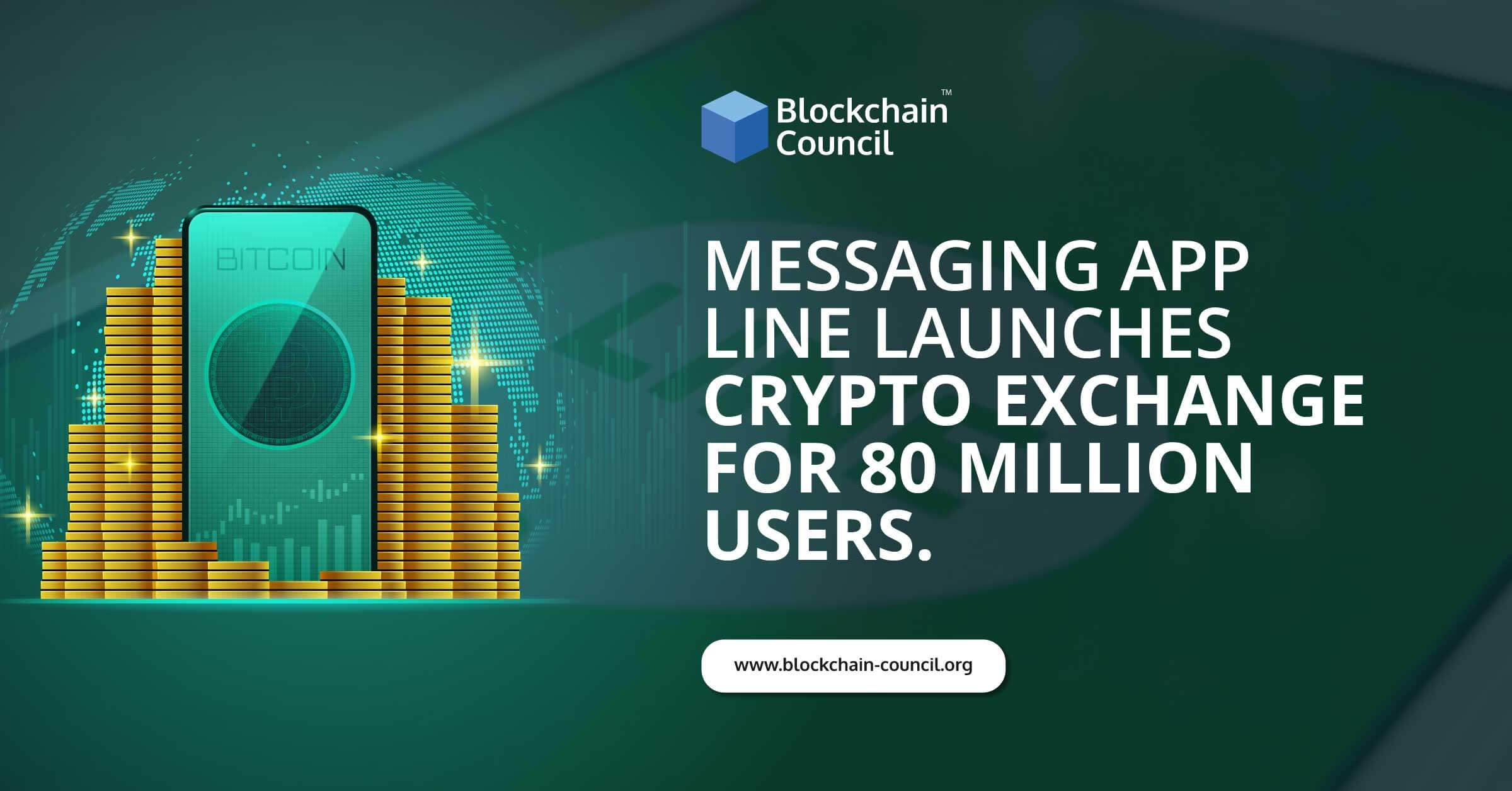 Messaging provider LINE launched a cryptocurrency exchange service days after the platform received final regulatory approval, for its 80 million users who are based in Japan. According to the statement issued, the service was introduced in stages from 3 p.m. Japan local time on Tuesday and is first available on Android devices. It can be accessed using the wallet tab available on the LINE mobile app. It is also integrated with LINE Pay for providing an easier Japanese Yen fiat-on-ramp process.

LINE is an instant messaging app founded in Japan in 2011 and owned by Naver Corp., South Korean Internet Services Company. LINE is available in more than 190 countries and has around 20% of LINE users in Japan and the majority in East Asia. As of February 2014, LINE had 360 million registered users and also claimed to add 2 million new users in the day after Whatsapp’s server outage on 22 February 2014. It is available on Android, Windows Phone. iPhone, Android, Blackberry, and Nokia smartphones. Basic IM features such as movie chat and timeline feature, location sharing, and in-app purchases of games and stickers.

As said by LINE in the announcement, it currently has 81 million monthly active users in Japan and 164 million users globally. It operates the crypto exchange through a subsidiary called LVC Corporation. This was awarded a cryptocurrency exchange license by Japan’s Financial Services Agency on 6 September.

BitMax is a cryptocurrency exchange platform that was established in the year 2018. It currently has 41 coins and 101 trading pairs. The most active pair on the BitMax exchange is the PAX/USDT. The residents of Japan can access BitMax with a LINE account. This platform allows people to trade for free. A charge of 108 Yen will be applied to deposits and withdrawals. As far as security is concerned, LINE says that it uses a wallet developed by Palo Alto-based BitGo to segregate customer assets and store assets in a cold wallet. This is managed by a dedicated team. A cold wallet, as most of you would be familiar with, is an offline wallet used to store Bitcoins. In a cold wallet, the digital wallet is stored on a platform that does not have an internet connection, thus protecting the wallet from unauthorized access, cyber hacks, and other system vulnerabilities.

A strict KYC process has been set up for its new customers. Applicants can register their account on the app using an ID card and photographic capture, a registered bank account, and an ID or by mail. The new service will run separately from the company’s Singapore-based BitBox. BitBox has been in operation since July 2018. It excludes the residents of Japan and the U.S.

Roles And Skills of a Corda Architect: A Deep Dive
Scroll to top