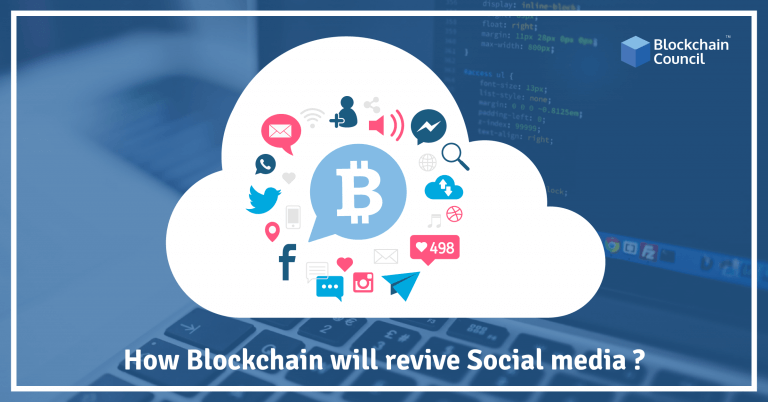 Social media giants like Facebook, Twitter and Snapchat have seen a meteoric gain in popularity over the last decade. All of the big social media platforms have several hundred million users and a rich collection of user-generated content that makes these platforms very valuable to advertisers. In recent years, another disruptive technology, the blockchain, has gained a lot of momentum. Blockchain promises more equitable outcomes for all the participants of the network, giving it an edge over traditional centralized systems. Here’s a look at how blockchains can revolutionize the biggest social media platforms.

Social media platforms have become a pervasive reality in today’s world. There are a lot of new studies about the detrimental effects of excessive social media use on one’s mental health. The most prominent social media platforms like Facebook are quickly losing their users as several recent studies have indicated. Users feel like they are not being fairly compensated for the content they produce on these platforms. It’s quite apparent that people would not be using platforms like Facebook if it weren’t for the content generated by their friends and other users of the platform. However, one big problem is that content is very easy to steal on Facebook and often the original content creators get no compensation or recognition for their work. Often times, popular pages on Facebook steal their content from smaller, less popular pages and make money off of someone else’s work. Facebook has a bad history of enforcing strict intellectual property rights, and therefore the larger pages often get away with this behavior. In the long run, this means that genuine content providers are disincentivized from making good content, which is detrimental to the health of the entire platform.

According to Metcalfe’s Law of Networks, the value of a network is proportional to the square of the number of users on the network. Social media giants like Facebook and Instagram know that the main value of their network depends on user-generated content. However, they do not share billions of dollars in revenue with their users who they profit off of. In fact, due to intrusive monitoring by Facebook and Google, these corporations are privy to a lot of their users’ personal information. These corporations sell that private information to advertisers so that they can target them for advertisements. A fairer solution to this problem would be to let users decide if they want to share their personal information or not. Blockchains can be very useful here as due to the security they provide, it is much easier to ascribe ownership to information online.

Blockchains can offer solutions to various problems described above due to their decentralized nature. In fact, several big blockchain projects are actively developing blockchain based alternatives to popular social media platforms. Platforms like Steem are working on a decentralized version of Reddit, and Facebook combined where users can earn actual cryptocurrency tokens for the work that they do on the platform. For every submission on Steem, other users can ‘upvote’ or ‘downvote’ the post. Therefore, if a user does positive work on the platform, they will get fairly compensated for it instead of corporations like Facebook making money off their work. The reason that blockchain is the next big leap for social media platforms is that blockchains provide unprecedented security and integrity to information on the web.

A blockchain is a decentralized ledger that exists on millions of devices across the world. This makes it very hard to tamper with the information stored on the blockchain. Blockchains also make it very easy for an entity to be tokenized and exchanged on the blockchain. This means that any content, whether it is pictures, music or video, can be tokenized and traded on the blockchain. Blockchains make it very easy to ascribe ownership to a piece of data, so only the owner of the content can benefit from the work that they do. Thus, using blockchains to manage content for a social media platforms empowers the user by giving them absolute rights over the content they generate. Consumers also get much more control over how their personal information is monetized and do not have to comply in sharing their knowledge with advertisers.

How Can Blockchains Help in Cyber Security?
Scroll to top