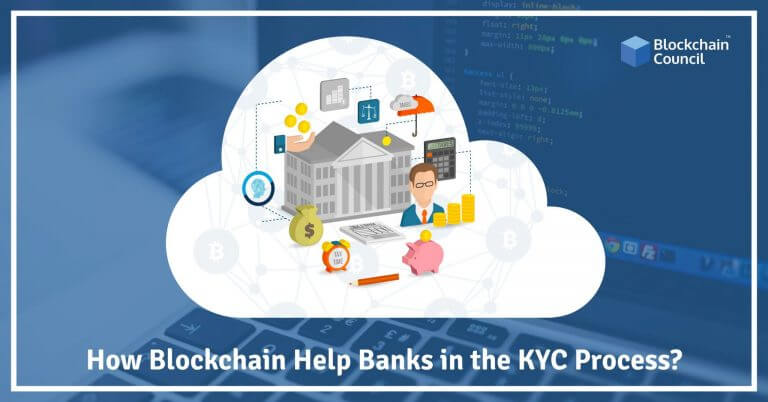 KYC or “Know Your Customer” procedures are used by banks and other financial institutions to obtain information about the identity and address of the customers. The KYC process helps to ensure that the banks are not misused by the account holders for illicit activities like money laundering. But the current procedures used for verifying customers are slow and expensive, and Forbes reports that KYC procedures cost some institutions upwards of $500 million every year. Blockchain has the potential to automate a lot of the manual processes involved in KYC and also make a universal platform that is resistant to hacks of any sort. Here’s a look at some of the key ways in which blockchain can help banks in the KYC process.

Current KYC procedures which are used by leading banks and corporations around the world are completely dependent on human beings and are therefore slow and inefficient. For instance, guidelines issued by the Reserve Bank of India for banks in the country include four key elements all of which require significant human oversight:

From these guidelines, it is clear that the KYC norms mandate every customer of the bank to prove the authenticity of their existence by submitting the Proof of Identity and Proof of Address. As a result, banks across the world spend a lot of resources on the KYC process which involves collecting, tracking and storing huge amounts of data, so that it may be reported to regulatory agencies in a timely fashion. Furthermore, the proliferation of digital wallets like Paytm and Venmo means that the same KYC procedure has to be repeated several times by different companies and stored in all of their separate databases. These databases like the Aadhar database are quite prone to get hacked and also cause a lot of data redundancy. Blockchain can help banks share a common KYC ledger for quick and secure document storage.

Blockchain’s immutable ledger that is distributed over millions of devices across the world is a perfect complement to the opaque process of KYC that is being used all over the world right now. With the addition of smart contracts, a lot of the fraud detection that relies on humans right now can be automated. Automating all of these processes not only makes them less prone to errors but also saves a lot of overheads in time and money. For KYC document storage, it makes sense for the banks to develop a shared private blockchain, similar to the one being used by Civic. After onboarding a client once, the same information can be used later on by other institutions without having to spend money on verifying the documents once again. Similar to Civic, anytime an institution requests to view the data, the user would get a prompt on their personal device asking to either allow or deny the request. This allows users to get control of their sensitive documents and also makes it easier for banks to obtain the documents they need for compliance.

6 Ways Blockchain Can Transform The Transport Industry
Scroll to top