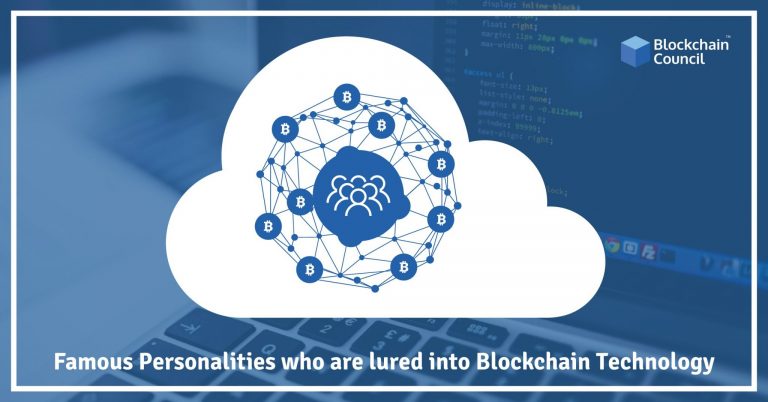 The cryptocurrency mania of the last two years caused many people to enter the blockchain space for the first time as investors. It should come as no surprise then, that even some of the biggest celebrities in the world were not immune to the charms of decentralized ledgers. From business magnates to world-renowned sports stars and actors, all kinds of personalities have made various ventures into the world of cryptocurrencies. Celebrities have huge followings of fans on their social media pages like Twitter and Instagram. They can use for promotional activities for personal gain. So here’s a compilation of some of the most famous personalities that have taken a liking to distributed ledger technology.

Antivirus Software tycoon John McAfee is certainly the most controversial celebrity in the cryptocurrency space owing to his bizarre predictions and bets. McAfee maintains that Bitcoin will surpass $1 million by 2020 and continues to promote other cryptocurrency projects. McAfee recently divulged that he charged companies  $105,000 for every tweet he sent out promoting an Initial Coin Offering or some other token. Given that his tweets were able to sway crypto markets, the disclosure left many of his followers disgruntled.

Billionaire Shark Tank investor Mark Cuban took a keen interest in cryptocurrencies last year when he decided to hold an initial coin offering for his eSports betting startup Unikrn. The ICO took place in September 2017 and raised over $25 million by selling virtual tokens called UnikoinGold that can be utilized on the Unikrn platform to bet on eSports matches. UnikoinGold is an ERC-20 token that runs on the ethereum blockchain. Some of the biggest institutional investors who invested in the ICO include Blockchain Capital, Pantera Capital, and Draper’s Dragon Fund, a joint venture between Draper Fisher Jurvetson and DragonVenture.

Cameron and Tyler Winklevoss first earned fame for successfully suing Facebook founder Mark Zuckerberg for $65 million in 2004. By 2013, the duo had made an $11 million investment in Bitcoin which meant that they owned nearly 1% of all bitcoin in existence at the time. By 2017 their $11 million investment had turned to over $1 billion making them the first cryptocurrency billionaires. The twins have also made other ventures in the blockchain space the most notable of which include founding the Gemini digital currency exchange, investing in a blockchain based payment processor and registering a Bitcoin-based exchange-traded fund.

World Boxing Champion Floyd Mayweather knows how to utilize his 20 million followers for profit as he routinely engages in paid promotions online. Right before his major fight with MMA Champion Conor McGregor, Mayweather endorsed the blockchain based Hubbi network to his millions of followers. In the past, Mayweather has also endorsed the Stox ICO which is a decentralized prediction market. Mayweather’s latest endorsement comes for the cryptocurrency debit card Centra which aims to make cryptocurrencies readily spendable. As a result, the Centra ICO ended up raising $26 million in its ICO in September 2017.

Arguably one of the greatest football players in the whole world, Lionel Messi also knows how to leverage his large fanbase for profit. Messi has over 100 million fans on Instagram which he uses for endorsements. Messi became the global brand ambassador Sirin Labs which is developing a blockchain secured smartphone which has built-in cold storage for cryptocurrencies. As a result of this new form of advertising, Sirin Labs raised over $150 million in their ICO.

Veteran actor Ashton Kutcher is not new to the world of venture capital and investments. In fact, Kutcher owns the venture capital firm named Sound Ventures and has made brilliant investments in Uber, Airbnb and Spotify so far. Kutcher’s latest obsession seems to reside with cryptocurrencies, and he can be seen promoting Ethereum as far back as 2014. Kutcher has also invested in Ripple and BitBay, and his firm Sound Ventures is backing Unikrn, the eSports betting digital platform founded by Mark Cuban.

Can AI and Blockchain Help to Improve the Air Quality Index ?
Scroll to top