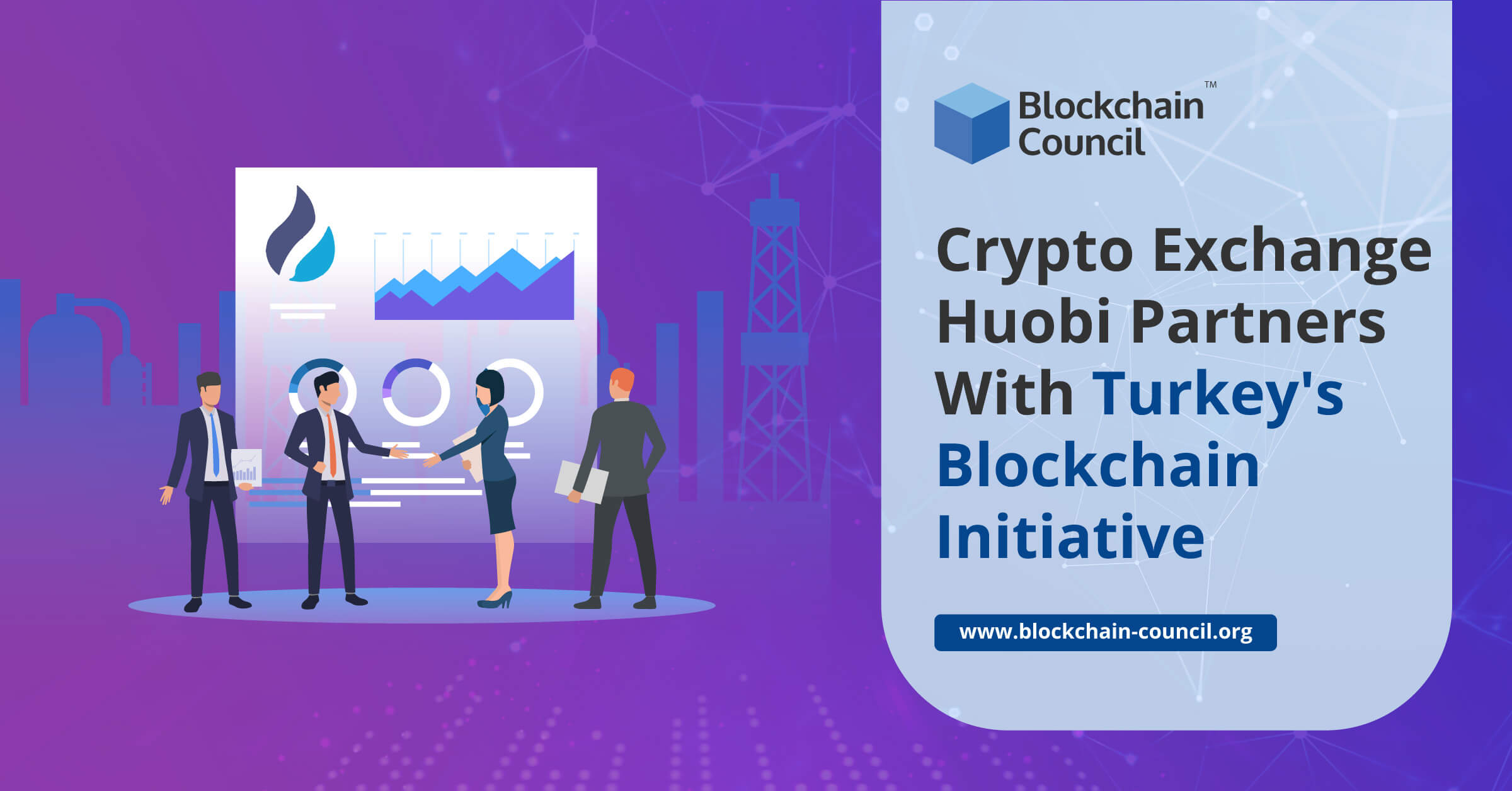 Huobi, the major provider of blockchain asset services, joins the Blockchain Turkey Platform for cooperating with local players on blockchain efforts and initiatives. Within five months of officially entering the Turkish market, Huobi has joined the Blockchain Turkey platform as a ‘Platinum’ member as announced by the global crypto exchange Huobi in a press release.

The Blockchain Turkey Platform (BCTR) is an independent, non-profit organization that was set up as an initiative of the Turkish Informatics Foundation. It operates on the vision of protecting Turkey’s regional leadership in a decentralized network. Its mission is to create a sustainable blockchain ecosystem in Turkey that is targeted at removing all obstacles that may occur to new modes of business.

According to news reports, Huobi is the first global exchange that has become a member of BCTR. Alphan Gogus, the General Manager of Huobi Turkey, mentioned, “We support BCTRs vision to secure Turkey’s regional leadership in a decentralized system.” He also added that they believe in and know the significance of maintaining blockchain-driven development together.

Huobi’s Turkey efforts started when the company revealed last October about the establishment of a local office at the Eurasian Blockchain Summit. Huobi attracted many blockchain experts to the summit, who signaled their desire to support Turkey’s blockchain efforts. Alphan Gogus informed that he is looking forward to cooperating with the Blockchain Turkey Platform through Huobi Research, Huobi Capital, and Huobi University.

As stated by Gogus, “Huobi supports the growth of crypto and blockchain ecosystems globally. Turkey has the potential to become a pioneer in blockchain technology, both regionally and globally. By joining The Blockchain Turkey Platform, which drives local efforts in a cross-industry approach, we aim to exchange our global expertise and knowledge with key local players to boost the blockchain ecosystem.”

The Blockchain Turkey Platform provides a multidisciplinary environment that will help key players from different industries to speed up blockchain adoption in Turkey. These were the words of Soner Canko, the CEO of BKM, and a founding member of the platform, as said in an interview earlier. BKM is a partnership of public and private banks that was established in 1990. Some notable fields of BKM’s activity involve developing procedures for debit and credit cards, establishing domestic rules, performing operations to ensure standardization, and establishing relations with foreign entities.

When asked for a comment, Canko explained the following:

“BCTR boosted the cooperation on the adoption of blockchain between public institutions, including the Turkish Ministry of Commerce, academics, and NGOs. With 70+ members from different industries, the Blockchain Turkey Platform aims to produce blockchain success stories in Turkey. […] BCTR also plans to support startups, small and medium-sized companies with more business opportunities on the blockchain.”

Ethereum Develops Its Next Stage of Evolution With Ethereum 2.0
Scroll to top