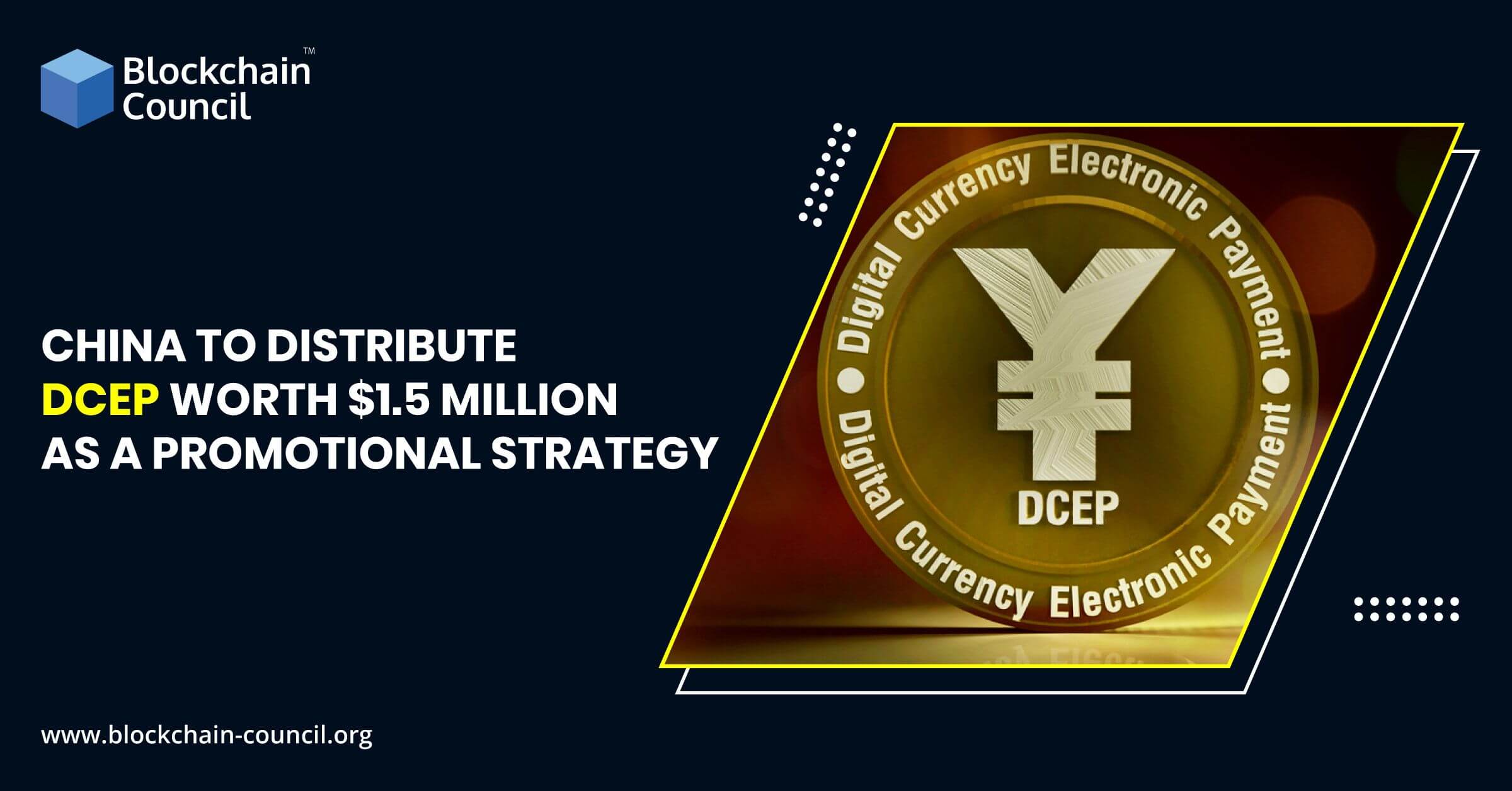 According to the latest announcement, Shenzhen City will distribute DCEP (Digital Currency Electronic Payment) worth $1.5 million to Shenzhen residents in order to test the digital Yuan. The major idea behind this giveaway is to stimulate consumption and to perform a regular test of digital currency.

China’s central bank, the People’s Bank of China (PBOC), has collaborated with Shenzhen city to distribute 10 million Yuan to its residents in the form of digital currency.

It was revealed that the distribution would adopt an online lottery system from October 12 to October 18 with around 50,000 beneficiaries, and winners will have the liberty to use their awarded digital Yuan at 3,389 stores located in Shenzhen’s Luohu district.

The local government mentioned that residents have to apply in advance for a lottery in order to be in the running for the digital money, and winners will receive digital “red packets” as gift envelopes that will contain worth 200 yuan of the digital currency. People can register for the lottery through a blockchain-based service operated by the government of Shenzhen, known as ” iShenzhen.”

It was stated that “winners of the red packets will have to download and register for a digital currency app to claim their awards.”

Initially, China started its digital currency in 2014, and since then, it has been advancing its research and development of Digital Currency Electronic Payment (DCEP).

With the continuous advancement of China’s digital currency, digital Yuan is undergoing internal testing and has achieved promising results. Deputy Governor Fan Yifei mentioned that Digital Yuan Pilot had made a “positive Progress.”

He further explained that 3.13 million transactions worth 1.1 billion yuan had been processed using the digital currency. According to the analysis, since august, the digital currency has facilitated over 6,700 use cases, covering bill payments, transportation, and government services,

including multiple-payment methods such as bar code, facial recognition, and tap-and-go transactions.

According to the announcement made in August 2020, China’s major state-run banks have tested out its Central Bank Digital Currency(CBDC) digital wallet application, calling it “almost ready.”

Wang Zongmin, a former deputy chairman of the Social Security Fund Council, confirmed that CBDC had completed all its back-end developments and is now ready to transfer money and perform payment transactions.