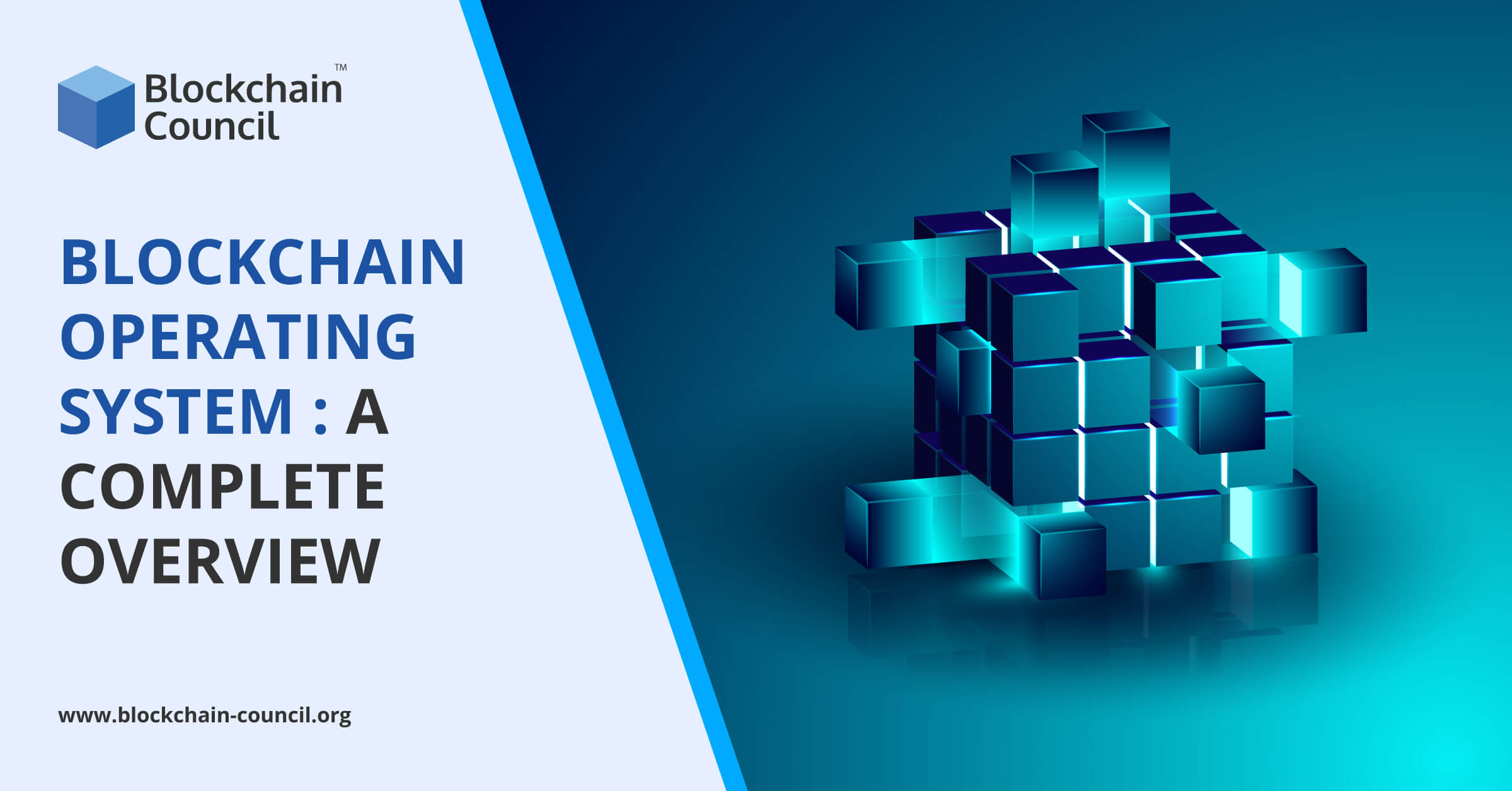 Heard of Blockchain operating systems before? Want to get an overview of Blockchain-based OS? You have landed at the right page. The article below explains what actually is Blockchain OS and a few of its types.

Blockchain is a ledger of events that are designed to resist tampering by performing a decentralized approach, which means there is no central authority to govern. Blockchain uses different computers on a network to keep a record of a ledger, with every computer having its own copy.

Before the introduction of blockchain operating systems, the only way to interface with the blockchain was to program on it directly.

A blockchaint-based OS captures all commands and transactions from a user’s device, but authentication, execution, and recording occur on the blockchain.

A blockchain operating system uses blockchain as support. That means they don’t run on your computer’s hardware but instead operate on the cloud, which means users have the liability to manage blockchains on PC, iOS, or even mobile phones.

What do you think Blockchain OS offers to its users? Not surprisingly, but all the benefits of blockchain are available to blockchain OS users as well.

As with traditional operating systems such as Windows, Linux, and others, a blockchain OS introduces a layer beneath the software to make interfacing with the hardware easier. The blockchain-based operating system offers benefits of security and privacy, and the deregulated, decentralized use of OS.

The concept is emerging, and real-world use is still limited. However, if it works in offering a smooth and clutter-free working of the device OS, it may not be too far to see thousands of devices running on such blockchain OS very soon.

Ethereum co-founder Joseph Lubin founded this Blockchain OS in the year 2014 with the purpose of global commerce and finance. This operating system is a product suite with the modular capability to digitize financial instruments focused on being an easy-to-use tokenization system for the purpose of finance, such as payment systems, data analytics, and more.

This operating system enables to :

EOS, introduced in 2017, is a multi-purpose platform for the creation and operation of decentralized applications(Dapps). It has the highest transaction processing capacity with a convenient and straightforward account security model, and a host of effective technical solutions.

This EOS blockchain will allow users to create decentralized applications more quickly and easily. With the help of EOS, users will have the ability to create databases on the network and open accounts with low fees, great transaction velocity, minimal risk, and maximum profit.

The main goal of EOS is to increase productivity through the scalability of a distributed database in the development of technology-intensive businesses.

The key features include-

It’s an operating system created by Quant Network that lets you connect or interoperate any legacy network, and every current and future blockchain, without extra overhead. It is the only interoperability platform for bridging multiple blockchains at scale and supports up to 10 popular blockchains, including Hyperledger Fabric, Corda, Ethereum, Bitcoin, EOS, Ripple, to name a few. It is an enterprise OS that interconnects blockchain enterprise platforms and networks.

The key feature include

The official site of LibertyOS claims it to be the world’s first operating system that is focussed on user privacy, security, speed, stability, and accessibility. It empowers the users of the operating system with the privacy, stability along with a smooth, faster experience without ads. There is nothing you cannot do with LibertyOS. It offers vast libraries of software and applications for usage in production, business, gaming, web surfing, and more.

Soon we will be able to see many new advancing blockchain operating systems with new capabilities and better performances.

In the end, it is clear that blockchain has its footprints in every domain now, and this is giving rise to the demand for blockchain developers as well. If you have ever thought of choosing your career in the blockchain domain, this is the right time.

Technology is changing at an alarming rate. So why wait? Get yourself evolved with the best online Blockchain certification courses.