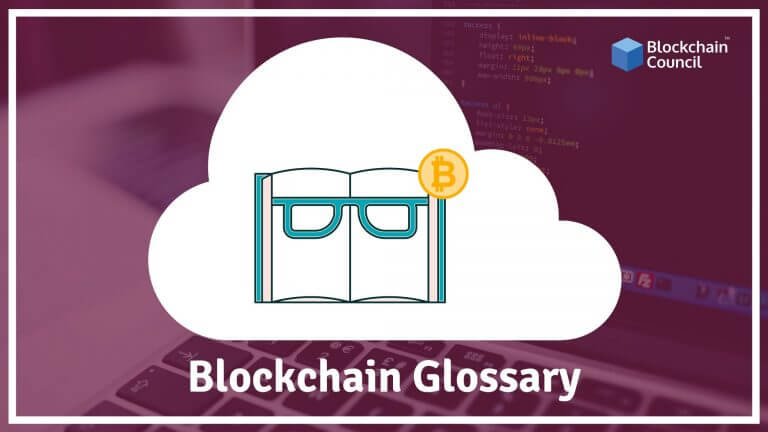 Having a blockchain glossary will help you understand the terminology which is used in the blockchain environment. As with any developi9ng sector or sub-sector, an understanding of the keywords and key phrases is essential.

This helps the new individuals of the sector to understand articles or white papers with ease and gain knowledge.

This technology is said to be causing a revolution around the world.  Visionary thinkers, investors, and technologists are all talking about its immense potential and how it might trigger a real change in all kinds of ways.

Blockchain is what structures the digital currency Bitcoin and various other cryptocurrencies that came afterward. Bitcoin is a digital asset and a payment system invented by an unknown person entitled Satoshi Nakamoto,  who published the invention of Bitcoin in a white paper in 2008. The following year, in 2009,  Bitcoin was released as open-source software.

Since then, bitcoin (and other alternative cryptocurrencies) kept flourishing and developed further. One of such promising alternatives is Ethereum, a decentralized platform for applications.

Even though it is making headlines every day, the technology in itself and how it works is still obscure. In this article, we have assembled a glossary of key concepts that can help us understand it in a better way.

A blockchain is a type of distributed ledger that is shared across a business network. Business transactions are permanently recorded in sequential, append-only, tamper-evident blocks to the ledger. All the confirmed and validated transaction blocks are hash-linked from the genesis block to the most current block, hence the name blockchain.

A distributed ledger is a type of database, or system of record, that is shared, replicated, and synchronized among the members of a network.

A blockchain network for business is a collectively owned peer-to-peer network that is operated by a group of identifiable and verifiable participants.