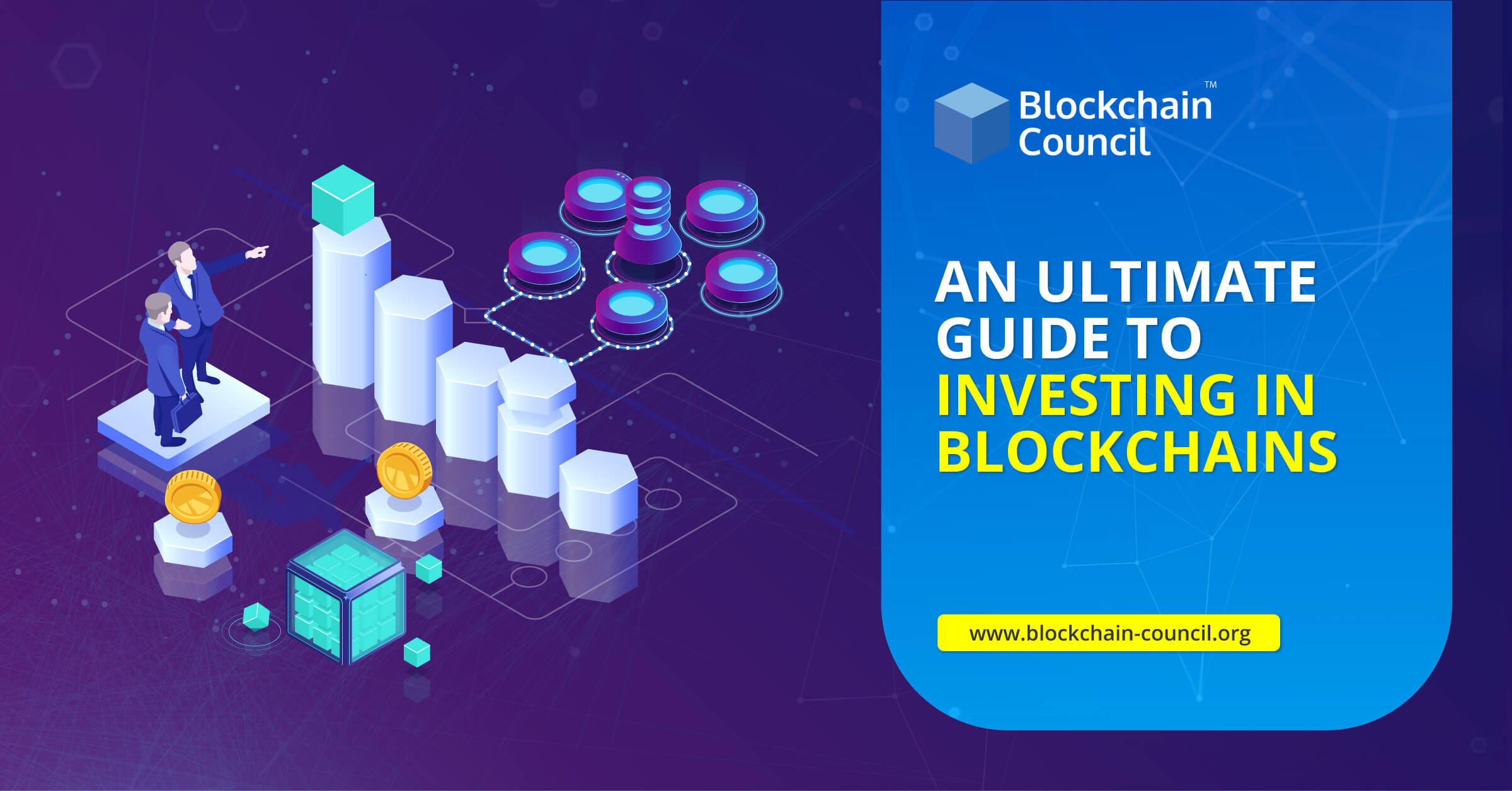 By now, you would have certainly heard of the term ‘blockchain’ as it is the buzz word in several circles. You might have also heard people telling you how profitable it can be to invest in blockchains. If you are one who is still trying to decipher the global craze surrounding blockchain and would want to know how to invest in it and benefit from it, you have landed at the right place.

In this article, I will be briefing you about the various investment options that blockchain technology offers. But before delving deeper, we will first define the term ‘blockchain.’

A blockchain can be defined as a decentralized, digital ledger or database that helps store transactions in a transparent and immutable way, meaning that data, once stored on a blockchain, cannot be altered or deleted by anyone. It can be thought of as a distributed computer network where a cluster of computers is connected to one another in the absence of a centralized entity. In a blockchain, decisions cannot be made by an individual or a small minority. Blockchain projects always rely on cryptocurrencies to reach consensus.

I hope this explanation has helped you gain a fair idea about a blockchain. We will now move on to understand the larger concepts.

Guide to Investing in Blockchains

The first and foremost step to take before investing in blockchains is consulting a financial expert or advisor. Once that is done, you can start looking at investment options such as:

Just like many investors stockpile gold in anticipation of rising prices, there are many others who stockpile Bitcoin. Though the two assets may be totally different in nature as gold is tangible and Bitcoin is not, both of them are similar in terms of the basic investment principles. For instance, both gold and Bitcoin are considered rare.

It all simply boils down to supply and demand. As there is a limited supply of both, a rise in demand causes a rise in value. If you are one who thinks that stockpiling bitcoin will only work for investors, consider the case of the famed Winklevoss twins who had reported about holding one percent of the total amount of Bitcoins that were in circulation. Today, there are many methods that are available for procuring Bitcoin. So, this is certainly a good time for you to begin a cryptocurrency investment portfolio.

Crowdfunding refers to using small amounts of the capital gathered from many individuals for financing a new business venture. It is now considered a mainstream method for raising seed capital for all forms of investments. One method of investing in blockchain is by indulging in crowdfunding by using alternative coins. In this method, the total coin supply is pre-mined and sold in an initial coin offering (ICO) before the network is publicly launched. In this method, investors will be able to purchase coins with the expectation that there will be a rise in prices in the future if this service becomes popular.

Investing in a startup is less risky than investing in a cryptocurrency. The main challenge one will face is finding or defining a blockchain startup. There are many startups that use blockchain just to produce tokens, coins, or to transfer coins or tokens from one person to the other for a specific purpose. There are also startups out there that invest in blockchain technology just because the other options are not suitable for them. So, if you are confident that you have the means and the inclination to invest in a blockchain startup, you must certainly do so but with caution. Like you would do for any other investment option, make sure that the startup company that you are considering uses blockchain only for blockchain purposes and that they are looking at blockchain as a permanent solution and not as just a temporary one.

4. Invest Your Time and Money to Learn Blockchain

Blockchain, as most of us know, is one of the highest in-demand, candidate-short industries. Employers all over the world are looking for blockchain professionals who have profound knowledge in the field and would be able to use that knowledge to design blockchain solutions that will help- make a huge difference in their business processes. Investing in blockchain technology does not only refer to the options that have been mentioned above. It also refers to putting in both your time and money to enroll in blockchain courses or certifications offered by universities or online learning platforms that will equip you with the adequate knowledge needed to stay way ahead of your peers in the blockchain ecosystem.

The type of investment an investor will make in blockchain technology will depend a great deal on the level of risk he or she is willing to incur and the type of yield he wishes to achieve. Investing in blockchains is certainly a great step considering the potential exhibited by it in the past decade. Blockchain is a concept that will only gain more steam in the coming years and has the power to transform the world for the better. So, if you are an adventurous investor looking to make the best of blockchain during this boom, the payoff will certainly be massive.

To learn more about blockchain certifications and to become a blockchain expert, check out Blockchain Council.