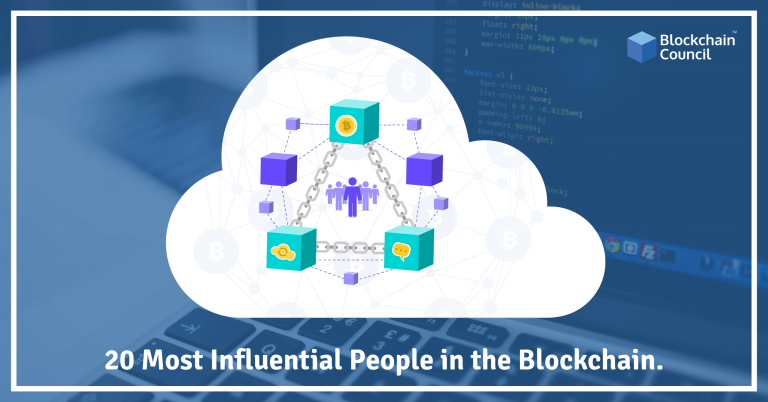 This article will throw light on individuals who have revolutionized the digital asset space.

Though his identity isn’t revealed yet, he is regarded as the creator of Bitcoin. His whitepaper published in 2008 was titled “Bitcoin: A Peer-to-Peer Electronic Cash System.” He implemented specialized codes and data fields with specialized solutions. He then created a website named bitcoin.org and handed over the network alert key and source code repository to Gavin Andersen.

He heard about the Bitcoin project in 2010 and to make it succeed, he bought 10000 bitcoins for $50. He created the Bitcoin Faucet website and awarded five bitcoins to every visitor. He introduced ClearCoin, a secure platform to enable transactions.

Also called ‘Bitcoin Jesus’, owns the website bitcoin.com. He is known for his articles on bitcoin forums, investing in bitcoin startups, and being the forerunner of the Bitcoin Foundation. He was also one among the first people to invest in this currency.

The founder of Ethereum, the popular blockchain platform that implements smart contracts, he founded the Bitcoin Magazine.

He is credited with being the founder of Coinbase, a BTC exchange platform and an open financial system. He is a blockchain enthusiast.

He is the son of Don Tapscott, the Canadian speaker, and author. He co-authored the number one bestseller ‘Blockchain Revolution’ along with his father. They have jointly founded the Blockchain Research Institute.

He is the bitcoin enthusiast and programmer who was the first person to implement the first proof-of-work consensus algorithm and decentralized mining features of the bitcoin.

He worked in Bitinstant and owned Satoshi Dice. He is the founder of the company Coinapult and Bitcoin startups.

He is a bitcoin advocate who holds degrees in Computer Science, Distributed Systems, and Data Communications. He encourages people across the globe to work with cryptocurrency. He has authored the books Mastering Bitcoin and The Internet of Money.

Popularly regarded as the founder of litecoin, he is a programmer and crypto enthusiast who previously worked for Google. Litecoin is Bitcoin’s hard fork which accelerates transactions and reduces the block size.

He created Bitgold- a decentralized digital currency mechanism. He is the one who coined the term ‘Smart Contracts.’

Previously a chairman and founder of New Paradigm, the international think tank, he is the CEO of the Tapscott group and the leader of Global Solution Networks, a study to analyze the potential of global web-based networks.

Being one of the pioneers in Bitcoin, he took part in the first bitcoin transaction by getting bitcoins from Satoshi. Before his death in 2014, he worked on bcflick, an experimental software with the goal of improving bitcoin wallet security. He created the first reusable proof-of-work system.

He is the CEO of Overstock.com, the first e-retailer giant to accept bitcoins as payment. Microsoft and Dell then followed suit. He is referred to as the ‘scourge of Wall Street.’

He is the co-founder and CEO of Chain. It is a blockchain company that offers financial institutions to other companies. They were known for the deals they made with financial industry leaders like Visa and Nasdaq.

He is the founder of BTCChina, China’s first bitcoin exchange. After joining in 2013, he invested his own money to attract investors and contributed to the company’s growth in terms of workforce and market share.

He is one of the prominent developers on the open-source Bitcoin Core team’s bench. He is the co-founder of the bitcoin startup Blockstream.

He created Karma, the first peer-to-peer currency with a distributed mint. He has helped in building functional systems for Bitcoin and has helped with the smart contracts on Ethereum.

He is the CEO and co-founder of the blockchain startup, Civic.com. He is also the founder and CEO of Gyft, a mobile gift card app and is the founder of Yola.com, a hosting and web development company which helps non-programmers in developing websites.