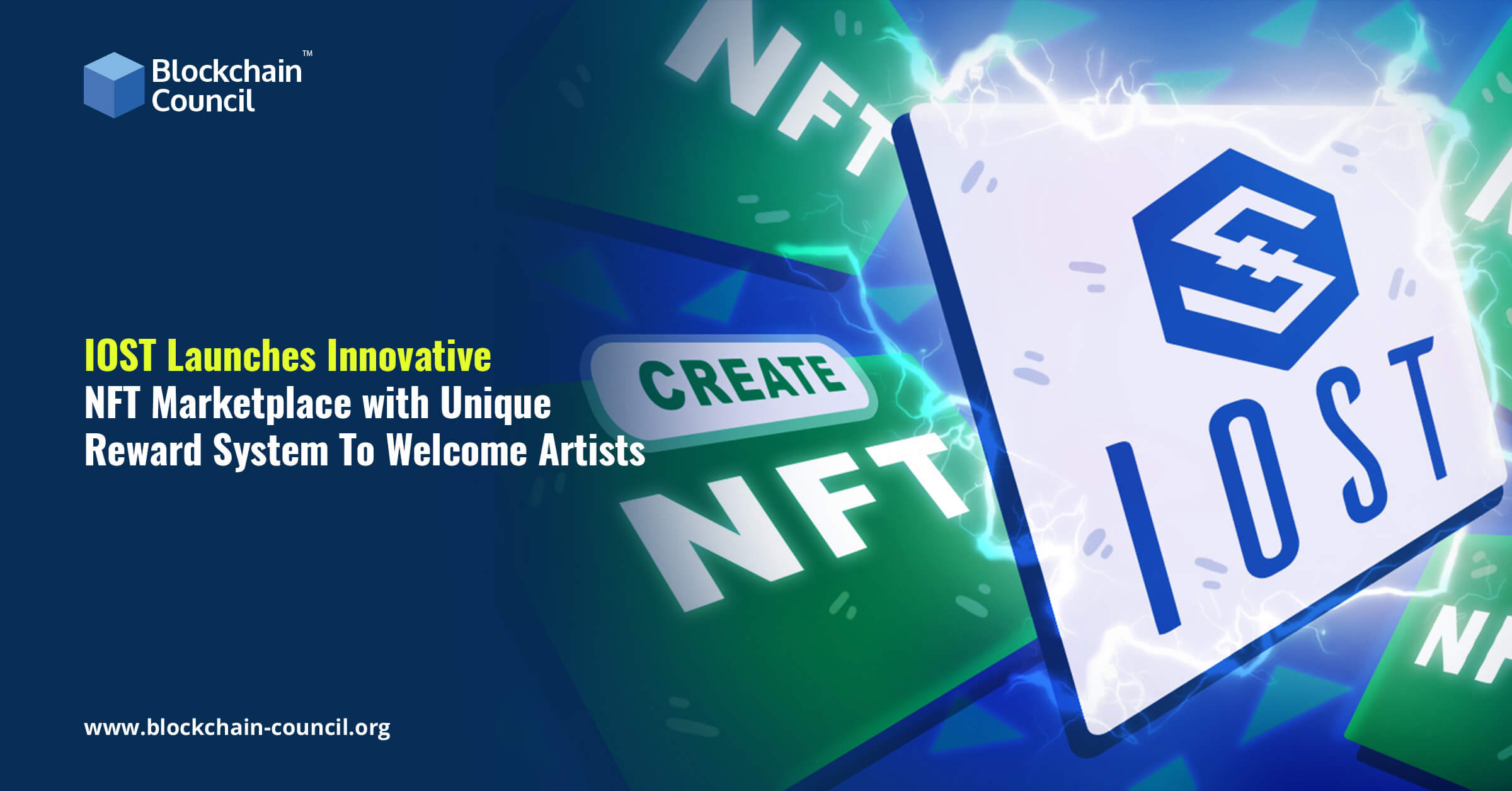 The official partner of IOST Foundation, the EMOGI Team announced the mega launch of their revolutionary new marketplace named Revival. They have announced the launch of this marketplace in a blog post dated July 20, 2021. The team stated that the Revival Marketplace is geared towards artists to help them showcase their talents to a wider audience.

They have termed this Marketplace as groundbreaking in its vision and approach. The Team also declared that Revival is a marketplace where artists are not discriminated against, based on their standards or any other factor.

In recent times, Digital Collectibles, which are popularly known as non fungible tokens (NFTs) have seen explosive popularity in the market in terms of creativity and innovation infused with technological marvel. However, most of the time, the transaction fees associated with NFTs are so lofty that many artists decide to refrain from taking part in it. many times, they are even compelled to. As a result, talented artists never get to showcase their art in this innovative space and reach out to a wider audience on a new platform.

The Revival Marketplace with its aim to provide inclusivity to all the artists has decided to step up the game and offer something entirely new. Armed with IOST’s latest and most innovative Technologies, Revival NFT Marketplace promises to offer lightning-fast transactions and that too, without practically paying any transaction fees!

The EMOGI team has given their first priority to the artists and keeping the artists in the centre of their innovation, they have devised a system where any level of prior expertise or familiarity regarding blockchain or NFT is not mandatory. They want the artists to focus on what they do best, to create amazing art, and be focused on that only. Revival will take care of everything else, that includes the artists’ needs as well which will be facilitated using the 20 million US Dollars Medici Fund for artists.

Usually, in most platforms, artists make a profit by selling their NFT art at a higher price. However, to bring about some changes, Revival Marketplace is offering something really unique. Here the artists will be able to earn rewards in the form of LOL tokens and IOST just by listing their NFT arts for sale. This rewarding system which is similar to a staking-like mechanism incentivizes more users to use the platform and in due process brings more NFT artworks for display and sale on the marketplace.

The EMOGI Team has unveiled the roadmap of Revival with brilliant and unique features. These features include integration with digital wallets, expansion of markets, and the most notable of them being cross-chain bridges with Smart Chain from Binance and Huobi. By integrating such groundbreaking features and providing such a unique plethora of services, Revival wants to make sure that it is a formidable force in the world of NFT Marketplaces.

It is pretty much evident that the first half of 2021 has been a blessing for IOST and the endeavors it has pursued.  Needless to say, it has been one of its best phases both in terms of networking and marketing.

In December 2020, their followers on Twitter were numbered at 193,720 which skyrocketed since then and has jumped up to become 247,498 during June, 2021. At the same time the subscribers of their Medium Blog increased by almost a thousand members in the same given span of time.

According to the latest ranking given by the Centre for Information and Industry Development, also known as CCID, the basic technological model deployed by IOST has superseded 37 of the most high-profile of its competitor’s, which includes Ethereum and EOS as well. Their growth has also been propelled by extremely progressive developments. IOST has been able to achieve a zero-downtime mainnet which is secure, stable, and steady. They have hosted more than 587 million transactions, an impressive Decentralized Finance (DeFi) ecosystem that is enabled to accommodate HUSD, USDA, and other stablecoins like JPYA.

Apart from that, successful coin bridge with Polkadot, critical collaborations with leading global organizations like Europe exchange Bitpanda, global exchange Gate.io, Blockchain Centre of the University of Zurich, the leading India exchange WazirX, popular crypto application Crypto.com, top global staking platform Moonstake.io and many many others. The achievements that IOST has made over the years are, in one word, phenomenal, and now with theRevival Marketplace, they have added another feather in their cap.