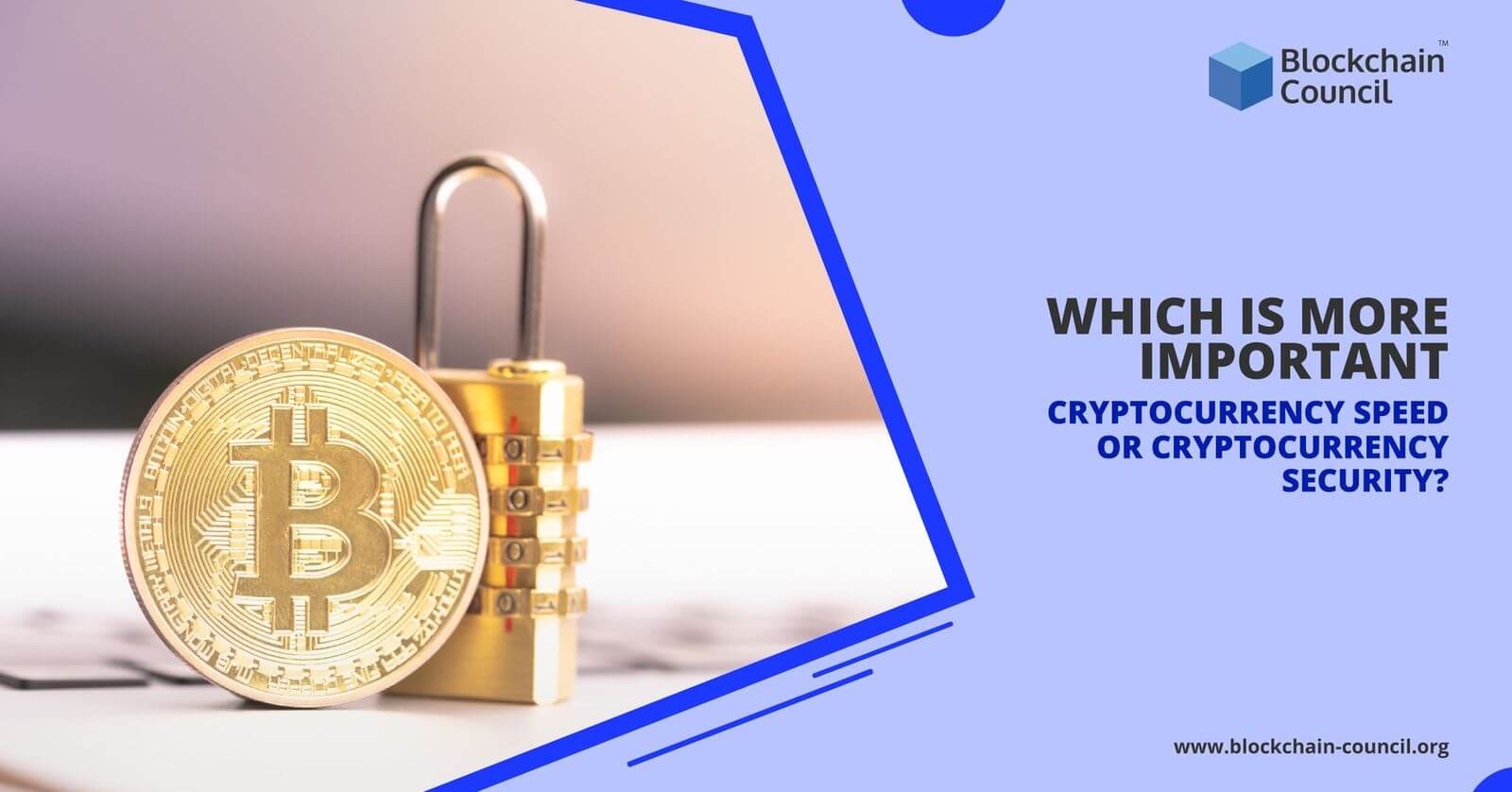 If you are a blockchain enthusiast, you must know that there is always a debate about cryptocurrency speed or cryptocurrency security? In this article, we will figure it out which is more primary, and why?

Cryptocurrency: Speed, Security, and Its Significance

When it comes to blockchain and cryptocurrency, we all know that they are decentralized, immutable, irreversible, transparent, and, most importantly, secured and offer faster transaction settlements. Cryptocurrency is a digital value designed to work as a medium of faster exchange that operates without relying on any third-party/central authority and without compromising security. Some believe that by increasing the speed of transactions, security is compromised, while few believe that if you lack speed, there is no point in using cryptocurrencies, which raises a dilemma in crypto space.

Are Crypto Transactions the Fastest of All?

Why Does Speed Matter?

The major reason for the adoption of cryptocurrency is due to faster transactions. Faster settlements in Crypto transactions feel participating parties more secure, plus it eliminates money hanging issues as well, which is common when dealing with traditional banks and even with Visa. So yes, speed is one of the most governing factors in the crypto world.

How Cryptocurrency Transactions are Secured and Why it is Important

If you talk about centralized systems such as Visa, they suffer from security breaching because of the fact that they perform transactions involving intermediaries, which means things may go wrong in between. Talking about Blockchain transactions, they are completely secured through cryptography. In the blockchain, network participants have their own private keys that are assigned to the transactions they perform and act as a personal digital signature. And if in case a record is modified, the signature will become wrong, and the network will identify it. Blockchain transactions allow two participating parties to perform transactions with complete peace of mind.

Undoubtedly, speed plays a major role in blockchain space, but does it mean that security is secondary. Of Course not! Security is still the prime concern because it’s all about money. Do you just need transactions to be fast without being secure? No, because for fintech policies, security is much more crucial than just being fast.

Want to become a Certified Blockchain Expert? Check out the Blockchain Council now.

Is Cryptocurrency Resistant to Hacks

As soon as digital currencies earned a value, they drew the attention of hackers. But it is important to note that none of the hacks have taken on the blockchain itself rather taken place on exchanges, a place where people store their digital value before transferring it to the other party.

Although blockchain is difficult to hack, that does not mean that it’s necessarily a safe investment. There still exists the security risks at different stages of the trading process.

If a network cannot function safely, then it will not matter how fast it works. While speed is one of the prime concerns, one security flaw can bring the whole thing down. Speed may attract individuals, but it’s worthless if it does not come with high security.