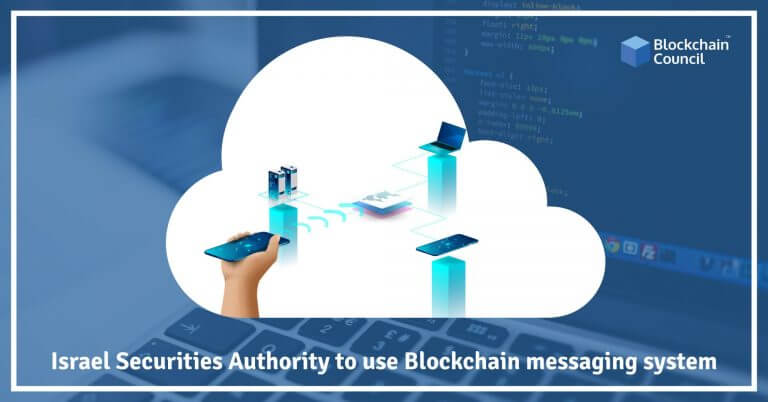 The surge of a new era of technological development has given us many benefits. The latest revolution that seems to be tightening its grip in the world is Blockchain Technology. Despite being less than a decade old, it has managed to garner the attention of tech giants like Microsoft, IBM, Walmart, Amazon and many others who are deciphering the use of Blockchain. Recently, we got to know about many nations who are inclined to use Blockchain as a part of their mainstream functioning. Countries like China and Japan are boosting and motivating Blockchain startups. Another nation to join the league is Israel that is working towards promoting the use of Blockchain in its messaging system. In this blog, I will be highlighting what is Israel doing in this direction and how it is making changes in its current messaging system to make it more efficient and transparent.

What is Blockchain and Why is there so much hype about it?

The technology which the world is talking about is Blockchain, and there is no second thought about it. You would hardly find a day passing without some development taking place in this domain. The Blockchain is a digital distributed ledger technology which aims at improving the lacunas of the conventional technologies, making it work faster and in a transparent manner. The reason everyone is piquing in Blockchain is that it offers myriads of features which makes it a universal application. Whether its healthcare, IoT, Supply Chain Management, tracking of information or financial exchange, Blockchain finds usage in every aspect.

Any technology or development becomes the talk of the town because of the feature and benefits it offers. Remember, when the internet era started, there was so much buzz around it. Some thought it would soon end while others believed that it would change the world for the better, blockchain is similar to it. It’s a promising technology which has a lot to offer. Here are some of the key features of Blockchain which makes it so popular:

What is Israel’s initiative in the use of Blockchain?

The news came out in October when ISA (Israel Securities Authority) announced that it would be using Blockchain for its messaging system. By allowing this technological integration, it will become easier for them to ensure that the system is transparent.

The ISA has decided to use Blockchain Technology to improve cybersecurity and also meet the challenges in the information security system. They will be implementing Blockchain technology in Yael which is the system used by ISA for exchanging messages and information to agencies which fall under the regulation of ISA.

In the future, it also plans to use Blockchain Technology in other fields like online voting. This online voting system will make it easy for the investors to participate in meeting from anywhere and at any time. Another place where they plan to use Blockchain is in Magna. Magna is a system which ISA uses to keep a record of all the reports by the ISA’s authorities.

The reason Israel or any other nation shifting towards Blockchain is that it has features which ensure that the information or data is safe and secure.

Immutability, decentralization and encryption via cryptography are the features which has the attention of the` ISA. These features will guarantee that the data is secure.

Implementation of Blockchain in the mainstream business operations and functioning will put ISA as one of the leading agencies trying to implement Blockchain as a part of their working.

Why is Quorum Blockchain Tokenizing Gold Bars?
Scroll to top