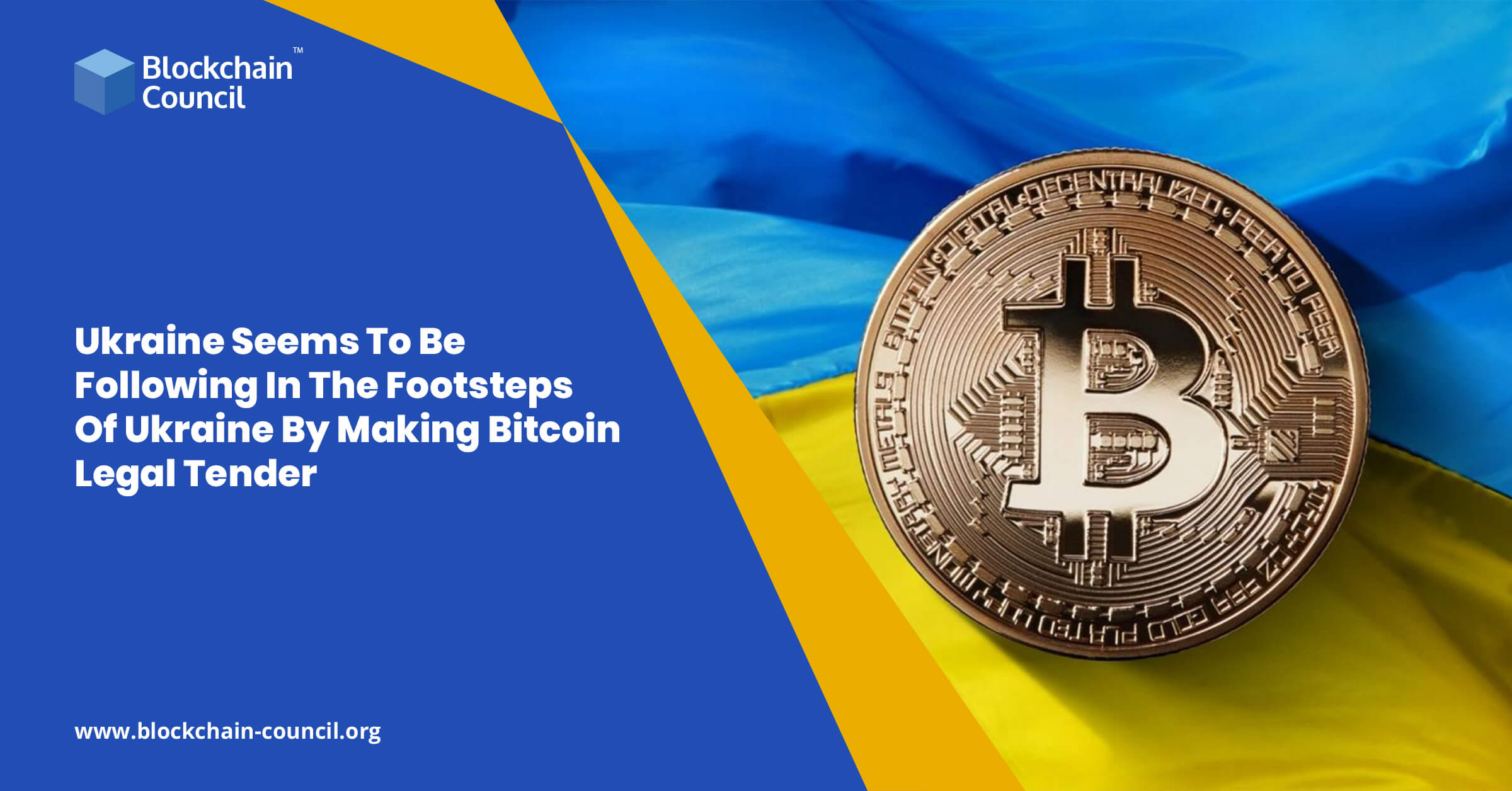 It was just the previous week itself when the world witnessed the country of Ukraine legalizing cryptocurrencies in a vote that can be easily termed as one that was near to a unanimous stature. According to the experts and analysts, what seems pretty obvious is the fact that the former bloc of the erstwhile Soviet Union is willing to take things a step further and make the world’s biggest cryptocurrency into a legal tender, just like the country of El Salvador in Latin America did a few days back.

The objective of turning it into a legal tender implies that it will become a legally recognized system that can be utilized to carry out any financial obligation or as a means of exchange that can be used to settle a debt. In simpler terms, Bitcoin would be able to share the same status in the country as that of the Ukrainian Hryvnia if the law is enacted in its support. It would also mean that citizens will be able to pay for things they require in their daily lives through the use of Bitcoins only.

Just the previous week, the little South American country of El Salvador has made history by being the first sovereign country in the world to adopt Bitcoin in the form of a legal tender.

Ukraine wishes to reestablish itself as the Mecca of Crypto

According to the latest reports, the President of Ukraine, President Zelenski, has dispatched a team of experts to El Salvador with an objective to uncover and gather as many facts as possible for the ground level so that it would enable him to carry out his plans for the adoption of the cryptocurrency in the country.

From what it seems so far, cryptocurrency has become more of a favorable factor for President Zelenski, even in terms of politics. During the previous week, the almost unanimous voting to make Bitcoin a legal tender has made it quite understandable that the President has the complete support of his fellow politicians in this matter.

According to the eminent Professor Vyacheslav Evgenyev, it is possible that President Zelenski intends to bring about a system of dual currencies where the cryptocurrency would exist alongside the hryvnia, and he probably intends to establish the system in this manner by the beginning of the year 2023. The Professor also suspects and quite firmly so that the President’s intention is to push the cryptocurrency to exist as the dominant currency among the two in Ukraine.

According to the Professor, Ukraine and Bitcoin seem to fit for each other perfectly. To corroborate his statement, he also mentioned that all his fellow compatriots are in favor of a financial revolution in the country. Combined with the knowledge of the history of turmoil in Ukraine, there is a possibility that the people may even be expecting upheavals.

This statement from the Professor comes in reference to the frosty nature of the relationship the people in the country share with that of Russia. According to Evgenyev, Bitcoin could be the answer or even the driving force for the country to maintain a healthy distance from Russia and ward off the overbearing influence Russia has on them.

He further stated that the country has a considerable size of young population who are more than willing to come out of the shadows of their neighboring country and break free from the financial restraints which have restricted them for all these years.

Moreover, owing to many of the similarities between Ukraine and El Salvador, in terms of desire for financial transformation and so on, President Zelenski and President Bukele of El Salvador have formed a close and personal relationship with one another. Both of them have been in regular contact with each other, sharing ideas and discussing the future financial prospects of their respective nations.

However, it is not just Ukraine and El Salvador, but recently the Latin American country of Cuba has also expressed their plans and intentions of legalizing Bitcoin in their country. The use of cryptocurrency is widespread across this part of the Caribbean, and hence they think a legal tender will only end up facilitating the situation even better.

Learning Blockchain, Cryptocurrencies and Decentralized Finance (DeFi) applications are easy now, all thanks to highly esteemed online courses and training sessions from Blockchain Council, which is one such organization that offers amazing and effective online training and certification programs to aspiring trainees while rendering them desired competencies so that they have a successful career in the Blockchain space. Keeping the rising demands of blockchain professionals in mind, Blockchain Council certifications are diversified to meet each aspirant’s discrete needs. They have a host of training and courses on Blockchain, Bitcoin, and other  Cryptocurrencies like Ethereum, Cardano, etc, that provide world-class knowledge and support.