NFTs stand for Non-fungible tokens, which means that they are unique and can’t be replaced with something else. If we talk about a fungible asset, it is something with units of data that can be interchanged easily and quickly – for instance, money.

In the digital world, most technocrats define non-fungible tokens as “one-of-a-kind” assets that can be bought and sold like any other property but have no tangible form of their own.

Here it is important to note that although NFTs can be anything digital, for instance, drawings, music, etc., but at present, excitement is around using the technology to sell digital art.

In most simple words, NFT is a unit of data on a digital ledger called Blockchain, where each can represent a unique digital item.

Want to gain an in-depth understanding of Blockchain Technology and become a Certified Blockchain Expert? Get started today!

It is one of the high-grossing NFT projects and is considered to be one of the most simplified art forms for NFTs. Blockchain Experts and technocrats believe that it is a project that inspired the modern CryptoArt movement. CryptoPunks project enables its users to trade and store 10000 unique collectible characters generated uniquely using Proof-of-Ownership stored on the Ethereum Blockchain. By providing art ownership that can be transferred smoothly and continuously between users, this project is creating a decentralized digital art market. Its website describes itself as the first “NFT” on the Ethereum Blockchain network and an inspiration for the ERC-721 standard, powering most digital artworks and collectibles.

Are you a beginner in the Blockchain space? Get started today as a Certified Blockchain Expert with Blockchain Council!

Founded in 2017, it is a marketplace for single-edition digital artworks that uses an ERC-721 token that is traceable and cryptographically secured to represent each digital artwork.

The OpenSea storefront of Pascal Boyart has sold digital artworks of approximately 400 ETH, with new offerings prices above 75 ETH. As the name of the project suggests, Boyart is a skillful artist based in Paris who creates Digital Collectibles from his street art frescoes and has sold some of his artworks in a tokenized form in the past.

Talking about the new mural paintings, these are encased in newly minted non-fungible tokens and are sold at an auction, indicating that the crypto domain can build an art market easily within months. According to reports, Boyart’s murals also got featured in the digital Museum of Crypto Art.

To have a look at the recently added artworks by Pascal Boyart, you can visit:

Sandbox’s website describes itself as a community-driven platform where producers can monetize voxel assets and gaming experiences on the peer-to-peer, decentralized, Blockchain platform. The Sandbox is powered by SAND (ERC-20) token and ERC-1155 tokens: LAND and FUND. The platform features three sub platforms, namely:

This platform partners with Atari, Square Enix, Care Bears, The Smurfs, and other leading brands. Although it has entered the crypto space recently, the project is the seventh valuable NFT protocol.

Unlike other NFT projects that are built on Ethereum Blockchain, Lil Moon Rocket is an NFT project that uses the Binance Chain to issue NFTs and subsequent “name rockets” tokens. The project follows the latest trends in the Combination of vector art and algorithm generation. Each customer can obtain their own moon rocket picture after the initial selling of the digital artwork. Lil Moon Rockets uses its own “blind auction” model to keep project managers and early competitors from purchasing the most desirable artwork first. At the completion of the smart contract, all artwork will be revealed. The best part is that owners can co-create uniqueness by renaming the artworks with full ownership, and the first collectible with determined consumer traits are offered in vector graphics.

VeeFriends is the brainchild of the serial entrepreneur Gary Vaynerchuk. He is the chairman of VaynerX, Chief Executive Officer of VaynerMedia and the owner and creator of the popular VeeFriends.

To put it simply, VeeFriends is basically a ticket to Gary’s super conference, only members who hold the VeeFriends token can gain access.VeeCon is the first of its kind conference with NFT tickets in the world. It is a platform where VeeFriends token holders unite and share friendship, ideas and knowledge together in a community spirit.

The owners of the Crypto Barista coins will enjoy the caffeinated perks throughout their lives at all the future spaces for cafes and on the website. Owners will also be in control of the Barista bank, which is basically a 15% of the fund that the owners have set aside for future use in the coffee space. Some of the most potential uses of this bank can help support charitable organizations in the coffee space.

The Moon Boyz is a collection of unique characters, 11,111 in number to be exact and they all exist on the Ethereum Blockchain. Designed in 3D and unique in nature, each of these characters come with complete membership to an ever expanding community that boasts of excellent utilities.

The Moon Boyz project is an ever expanding one and the roadmap for the Phase 1 includes:

MekaVerse is basically a collection of 8,888 Mekas that are generative in nature and includes hundreds of elements that are inspired from the Mecha universe in Japan.

The project was created by Matt B and Mattey, two friends who are also 3D artists who have dived into the NFT space. The roadmap of this MekaVerse project aims to bring these Mekas to life in the form of high quality toys that are 3D printed. The project unfolds as the entire roadmap is driven by the founders and the ones who are holding the characters. The future ambitions of this project include collaborating with other artists, streetwear and even short films using the characters of the MekaVErse.

This NFT project is attempting to bootstrap community, identity, governance and a treasury which can be used by the community for expansion of the project and create long-term value in the future.

The aim of the Noun.wtf project is to mint one Noun, which is an NFT character everyday, forever. One of the most unique elements of the Noun Project is the creation of their own DAO (decentralized autonomous organization) treasury which can collect 100 percent of the funds from the sales of their NFTs. This unique treasury is actually controlled by the holders of the Noun characters and they are the ones who will decide their use in the future, direction of the project and so on.

Danny Cole, who is a 21 year old visual artist from New York City, has given life to his imagination through this project that he named the Creature World.

Even though this project has a lot of hype around it, there is still an air of mystery surrounding it. There is a website by the name of www.creature.world, which is an interactive space where there are several creatures that guide the visitors on a virtual journey. The secrecy behind the project contributes to the excitement of the whole setup. People are really excited to see how the project unfolds in the future.

This is more similar to a marketplace as opposed to an individual NFT project and is focused on athletes, culture, unique digital experiences and entertainment.

Co-founded by the famous Tom Brady, the project had incredible backing and support, which included a board of advisors who are all well represented, such as Naomi Osaka, Tiger Woods, Wayne Gretzky and many others.

The current focus of the NFTs in the project seems to be driven by athletes, which includes the authentic signature of the professionals, entry to the private Discord channel and future drop access.

Decentraland features a virtual world which boasts of its own Decentralized Autonomous Organization (DAO) that basically gives the control back to the users of the project.

The virtual world of Decentraland is fueled by the in-game assets which are also virtual, such as wearables for the characters, land and so much more.

In order to play the game, one requires only a web browser and a crypto wallet like that of MetaMask. Even though the wallet is not much of a necessity, it is useful to keep track of the purchased digital assets. 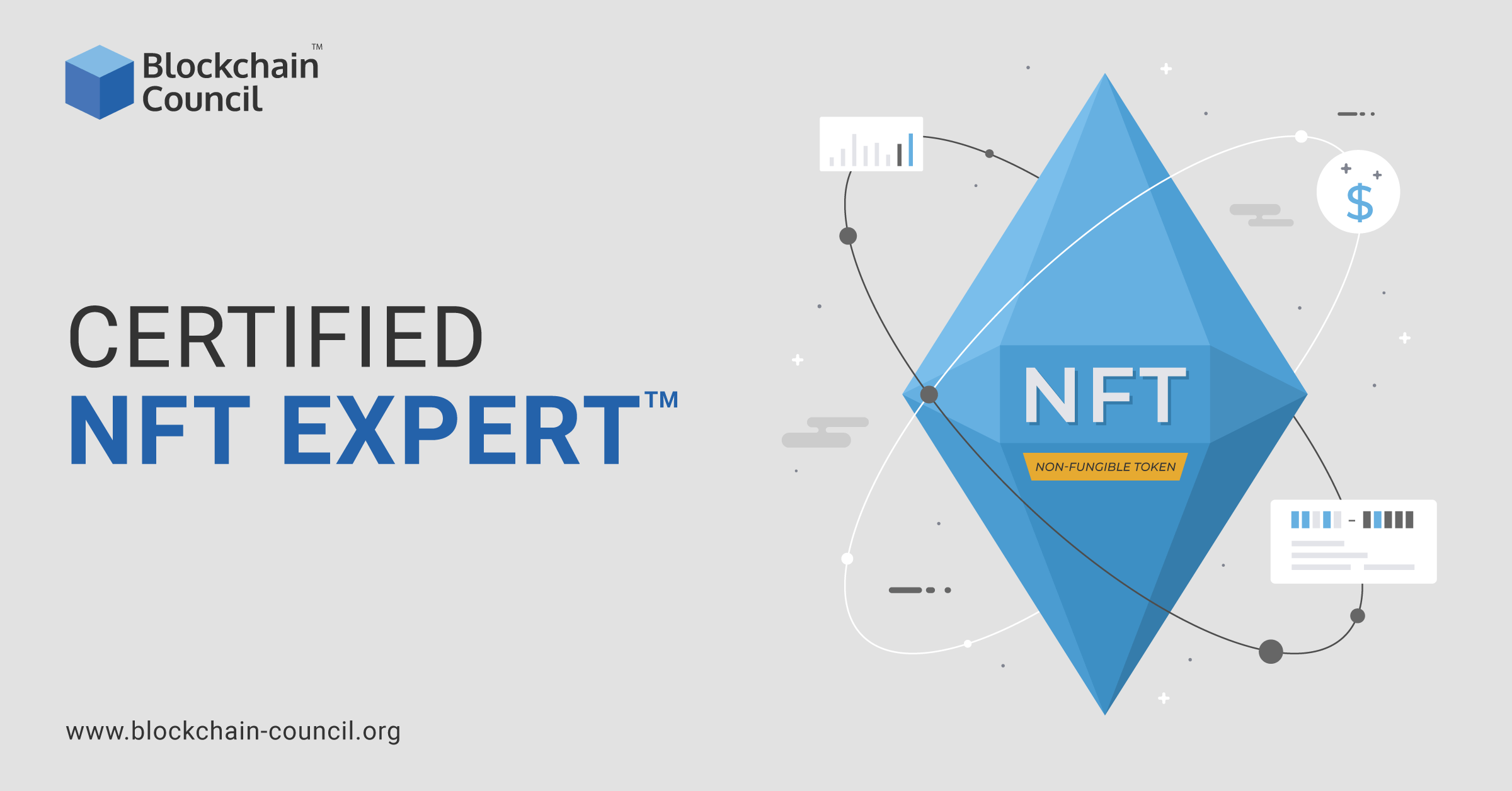 NFTs have the potential to transform digital exclusivity and offer a new definition to digital property rights. As celebrities have begun collaborating with NFT projects, projects have started gaining momentum, with projects reaching record-breaking sales. As a result, we will foresee NFT growth in 2021 and beyond, as well as deeper integration between decentralized finance(DeFi) and NFTs to make them more liquid and valuable. To sum up, combining art and collectable characteristics seems to be one of the most effective ways to draw new buyers.