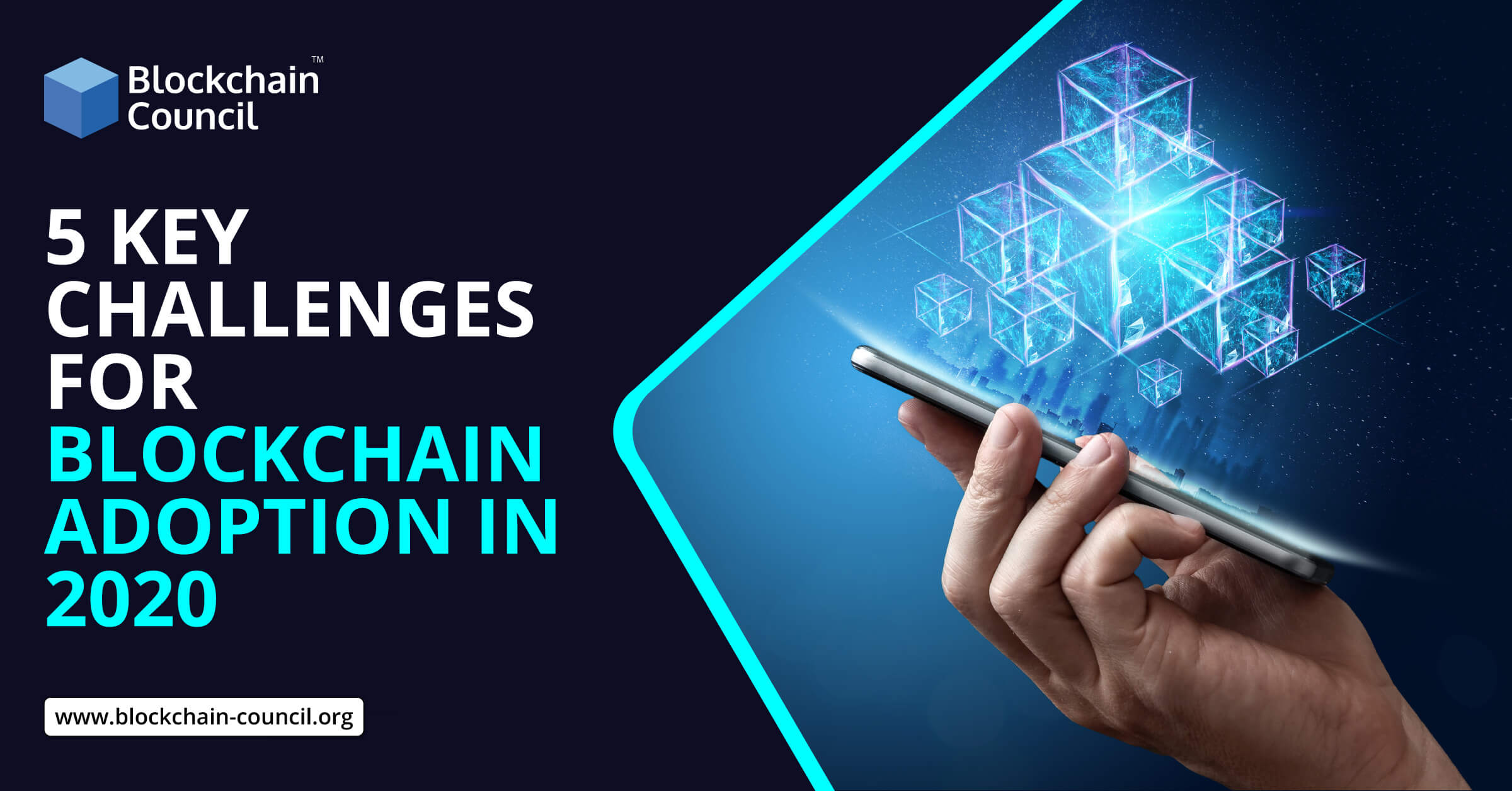 Blockchain is an emerging technology that comes with its own set of challenges. If you are wondering, what are the reason for its slow adoption, the article will focus on all the major problems associated with this technology, targeting future scopes as well.

Blockchain has been a buzzword since 2009, and today it is one of the most revolutionizing technologies. It is a distributed ledger that stores and records transactions validated by computers on the ledger’s network. This technology is the most influential technology of the 21st century, but its adoption is not that easy, and this gives rise to slow-moving passage. Technology has its own set of challenges that needs to be overcome to accelerate its adoption.

Blockchain has already left its footprints in almost every sector, including finance, healthcare, eCommerce, supply chain management, etc. and integrating this with other emerging technologies will bring something entirely new for all of us.

If you are one of the techies and want to become a blockchain developer or a blockchain expert, enroll yourself in Blockchain Council.

Undoubtedly, many business leaders, organizations, and policymakers are ready to adopt this technology. Still, there are a few sets of challenges that are responsible for the slow adoption of this technology. Out of all, here, we have listed the critical problems associated with this technology.

Lightning Network for Bitcoin and Plasma for Ethereum can be seen as scaling solutions in facilitating spontaneous transactions with nominal fees. For mass adoption, Blockchain should speed up to become viable.

Interoperability is the second big issue that needs to be addressed, as this is one of the core reasons why organizations are still not adopting this technology. Most of the blockchains work in silos and do not communicate with other peer networks as they are incapable of sending and receiving information from another blockchain-based system.

To overcome, various projects have landed up to eradicate this problem. Ark uses SmartBridges architecture to bridge the gap of communication between the networks. This project claims to offer universal transmission and transfer, offering global interoperability.

The technology works on the Proof-of-Work mechanism to validate transactions and to ensure trust to add them to the network. This mechanism requires a lot of computational power to solve complex mathematical puzzles to process, verify, and, most importantly, to secure the entire network.

To overcome this issue, the Co-Founder of Ethereum is come up with the solution to switch Proof-of-Work to Proof-of-Stake. With this mechanism in practice, participants need not solve complex puzzles, thus reducing a lot of energy consumption.

Despite tremendous achievements, Blockchain is seen as a developing field by most of the crowd. Though Blockchain developers are high in demand, an acute shortage of blockchain experts and developers is a significant concern for all organizations. The lack of professionally trained and skilled developers for managing and solving the complexity of peer-to-peer networks further leads to a sluggish rate of development.

Want to take your career as a Blockchain developer? Check out Blockchain Council for blockchain certifications and online courses.

What standardization does Blockchain follow is a question that is still unanswered? Despite a wide variety of networks that exist, there is no universal standard yet. The lack of standardization arises issues such as interoperability, increased costs, and difficult mechanisms, making mass adoption an impossible task. As blockchain technology follows no standard version, it is acting as a barrier for the entry of new developers and investors as well.

Apart from the challenges mentioned above, cost, security, and privacy are the other challenging factors for large scale implementations.

2020 is a year of the blockchain era though its large scale implementation involves some major serious issues that cannot be overlooked. These challenges lead to the slow adoption of blockchain technology by various industries and organizations. The acceptance of Blockchain’s potential to act as a novel disruptor, across multiple industries and businesses may soon lead to mass adoption.

To get instant updates about blockchain certifications and become a blockchain expert, check out Blockchain Council. Get the clarity in blockchain technology that you are looking for.