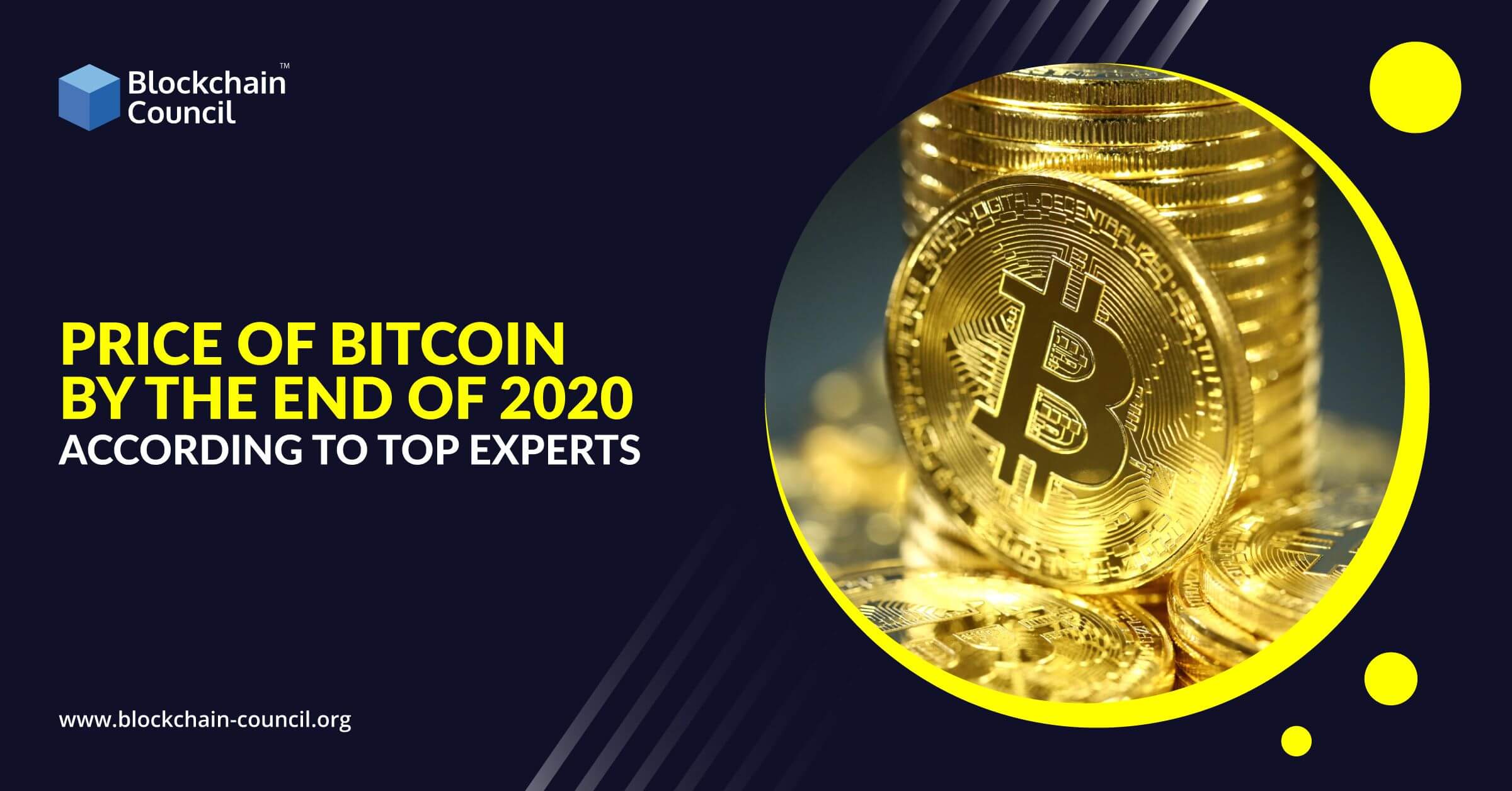 If you are wondering what will happen to Bitcoin’s price by the end of 2020 and what will be the future of cryptocurrency, you have landed at the right page.

As the Cryptocurrencies revolution has already started, news related to Bitcoin are omnipresent. It is a Cryptocurrency that everyone is talking about. Compared to regular fiat currencies, there is no assigned value behind the Bitcoin, and you can send it to anyone without involving any intermediaries such as banks. As Bitcoin is gaining a lot of public attention, the number of monthly users to earn loyalty points for bitcoin payments has increased dramatically in the last few months. COVID pandemic that has shaken the entire world has even encouraged people to hedge against inflation.

Let’s now explore the predictions on how bitcoin’s price will perform in the coming years.

Bitcoin Price Prediction 2020 by Top Experts Across the Globe

Ronnie Moas is the founder and research director of Standpoint Research, an equity research company that considers both conventional and modern investments. By late 2020, he predicts that the Bitcoin price will hit $50,000. He also predicts that, in the next 10 years, the market cap of all cryptocurrencies will explode to a whopping $2 trillion.

Tom Lee, ex-Chief Equity Strategist JP Morgan, and Fundstrat’s co-founder and head of research, believes that Bitcoin will offer 100 percent returns to its investors in 2020 after the Bitcoin halving event. He recently forecasts Bitcoin’s short-term potential when talking to Yahoo Finance, where he claims that by summer 2020, BTC will reach an all-time high of $27,000.

Bobby Lee, the co-founder of BTCC, initially suggested that BTC would take 20 years to reach $1 million. But recently, he predicted that Bitcoin price might pick up from late 2020 and could reach $333,000 in the next year. He also mentioned that BTC could fall down to $41,000 in 2023. He believes that Bitcoin would lead to price stability and global liquidity in the years to come.

John McAfee is a Bitcoin believer. He once mentioned that ‘no way the current system can survive.’ Being a stagnant Bitcoin enthusiast, he believes that Bitcoin might reach 1 million USD by 2020. Last year in his interview with Cointelegraph, he stated that there would be no fiat anywhere in the world in 10 years. Everything is going to be electronic; everything is going to be cryptocurrency.

John Pfeffer, a partner at London-based family office Pfeffer Capital set a price target for Bitcoin of $700,000, which is around 175 times the current Bitcoin price. Pfeffer believes that BTC is the world’s first viable replacement for gold.

Mark Yusko is a CEO and CIO at Morgan Creek Capital Management. His short-term prediction is set on $100,000 and $500,000 by 2030. He believes that BTC will reach gold equivalence, focusing on venture capital. Another top expert, Jeremy Liew, who is a partner at Lightspeed Venture Partners, believes that Bitcoin price can realistically reach $500,000 by the year 2030.

Anthony Pompliano, a founder and partner at Morgan Creek Digital, previously claimed that he holds more than 50% of his net worth in Bitcoin. He made the predictions in February 2020, stating that Bitcoin will hit $100,000 by the end of December 2021. But at that time, BTC reached $10,000, which indicates it would need a 1,000% increase within just two years to reach his aim.

Conclusion: Are Cryptocurrencies Really the Future

Bitcoin can be seen as a foundational cryptocurrency because it is often found that if Bitcoin’s price goes up, the other known cryptocurrencies such as Ethereum, Ripple, Litcoin, and others also go up. As the market share of Bitcoins is becoming enormous, it is clear that cryptocurrencies are the future. According to cryptocurrency experts and leaders, the price of Bitcoin is going to unfold in the years to come.

If you are questioning whether to invest in Bitcoin or not, I would personally recommend you to invest your time in performing deep research before making any decisions on investment.